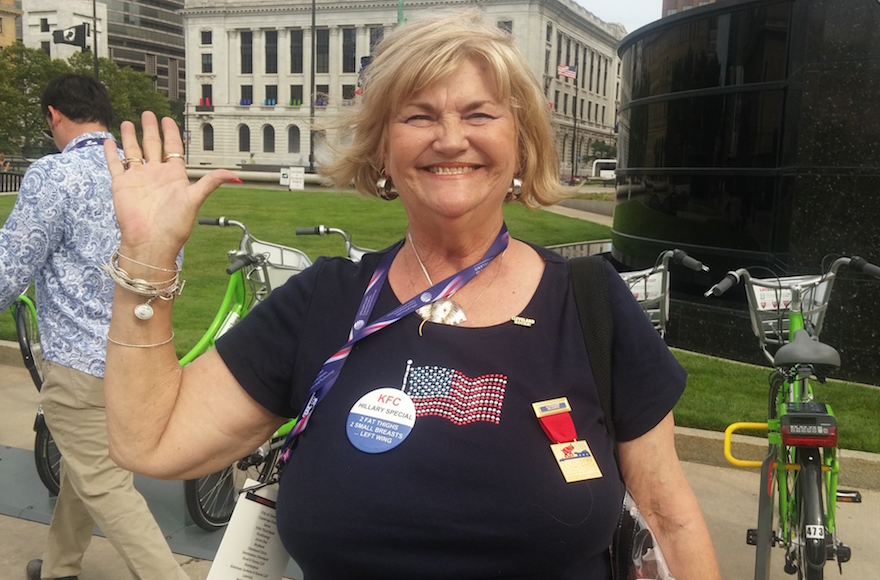 CLEVELAND (JTA) — On the day Donald Trump wrapped up the Republican primaries, Marc Zell was ready to resign his position as vice president of Republicans Overseas, the party’s expatriate group.

Zell, who lives in Israel, was put off by Trump’s inconsistent statements regarding the country. In particular, he felt insulted when Trump, at a Republican Jewish Coalition forum last December, said, “You’re not going to support me because I don’t want your money.” He felt that the Republican front-runner at the time preferred boasting about his own prowess over concrete discussion of policy. It felt too risky.

Now, sitting in a downtown hotel here, Zell wears a Trump pin on his suit jacket lapel and defends the presumptive nominee’s positions on Israel with passion, his eyes focused and his voice intensifying.

On Thursday, Zell will support Trump as a delegate to the Republican National Convention.

“The Obama administration has allowed daylight to appear between the two allies,” said Zell, who is also co-chairman of Republicans Overseas Israel, a branch of the larger organization. “Trump is against that and he’s said it more than once. He’s shown a sensitivity to the Israeli position that we never saw before a month ago.” 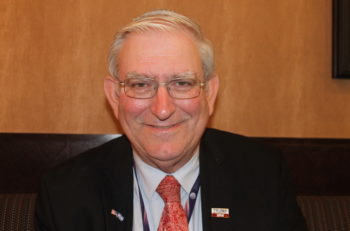 Marc Zell, vice president of Republicans Overseas, opposed Trump as recently as May. But Trump’s pro-Israel stance has changed his mind. (Ben Sales)

Zell isn’t alone in his transformation from Trump doubter to ardent supporter. Interviews with some 20 Republican delegates and convention participants — Jewish and not — showed party loyalty and optimism about Trump. Even more common was the distaste for his opponent, presumptive Democratic nominee Hillary Clinton, which overshadowed any ambivalence about Trump’s more inflammatory statements.

These supporters see Trump as a refreshingly honest voice and a successful businessman. Echoing Trump backers nationwide, the delegates said they appreciated his departure from the kind of cautious speech they called “political correctness.” A few said he understands the anger of his voters like few other politicians have. Kenneth, a delegate from Texas who declined to give his last name, said Trump “speaks for the Americans fed up with government.”

Several said they see him as more trustworthy than experienced politicians, someone who won’t be hesitant to fight corruption. Delegates called him “fresh,” “independent” and someone who “tells it like it is.”

“I am all in,” said Judy Jackman, an alternate delegate from Texas who is a member of Christians United for Israel, which has not endorsed a candidate. She wore a pin Monday that compared Clinton to a fried chicken.

“What is wrong with giving a businessman a chance to deal with the corruption in D.C.?” she asked. “I like that he knows how to say ‘you’re fired.’ There are too many people who are bought and paid for.”

And Trump is good for Israel, delegates said — or at least better than Clinton, who they see as a threat to the Jewish state. Even as they defended Trump’s Israel policy, delegates spent more energy lambasting his rival and the Democratic Party for what they see as betraying Israel. (Pro-Israel supporters cite as an example the deal meant to curb Iran’s nuclear program, which was approved largely along party lines.) Republicans, in their view, would do no such thing.

“I think the Jewish community should look at the big picture,” said Gary Howell, a delegate from Michigan. “The Democrats, the last eight years, have not been friends of Israel. Republicans are much more prone to support Israel.”

Trump, who at the outset of his campaign alarmed the pro-Israel community by speaking about being “neutral” in Israeli-Palestinian peacemaking, chose as his running mate Indiana Gov. Mike Pence, who is more typical of the hawkish pro-Israel supporters in Congress. The Republican Platform Committee also approved last week a plank removing the party’s commitment to a two-state outcome — to the delight of right-wing pro-Israel delegates.

Still, Trump’s critics have charged that he’s been dog-whistling to white supremacists throughout the campaign and has not done enough to disavow the support of anti-Semites like David Duke, the former grand wizard of the Ku Klux Klan. Trump brewed controversy earlier this month when he tweeted an image of a Star of David and piles of money that many viewed as anti-Semitic and that originated among white power web users. 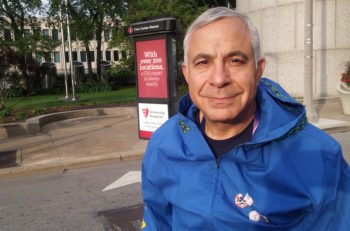 Peter Goldberg, who lives in Alaska, says Trump’s brash speaking style appeals to him as a former New Yorker from Brooklyn. (Ben Sales)

But Trump’s Jewish supporters look past the controversies to see him as someone with a record of working with a range of people, regardless of religion or race. A New York businessman, a few said, will be able to work with anyone. A few noted that he has senior employees — and a daughter — who observe Shabbat.

“He’s always promoting people whether they be African-American, gay, Jewish,” said Jeff Sakwa, the co-chairman of the Michigan Republican Party, who is Jewish. “He has minorities that represent him. He’s been so successful in New York, which is one of the most liberal states around.”

Not all delegates have reconciled themselves to Trump. Mike Goldman, an adviser to Texas Gov. Greg Abbott who serves on the state’s Republican Executive Committee, supported Sen. Ted Cruz of Texas in the primary and said he wasn’t sure who would get his vote in November.

“Most of the invective has been against Hispanics and Muslims, but when you start singling groups out, it’s only a matter of time before someone goes after us,” he said, referring to Jews. “We’re less than 2 percent of the population.”

But Peter Goldberg, an Alaska delegate who was raised Jewish in Brooklyn, New York, said he identifies with Trump’s provocative way of speaking. Trump, he said, just reminds him of his childhood neighbors in the Flatbush neighborhood.

“He’s a New Yorker,” Goldberg said. “Doesn’t he talk like a New Yorker typically talks? He comes across brash. That’s just New York. That’s good by itself. I can relate to it, but I can understand why people outside of New York might not.”