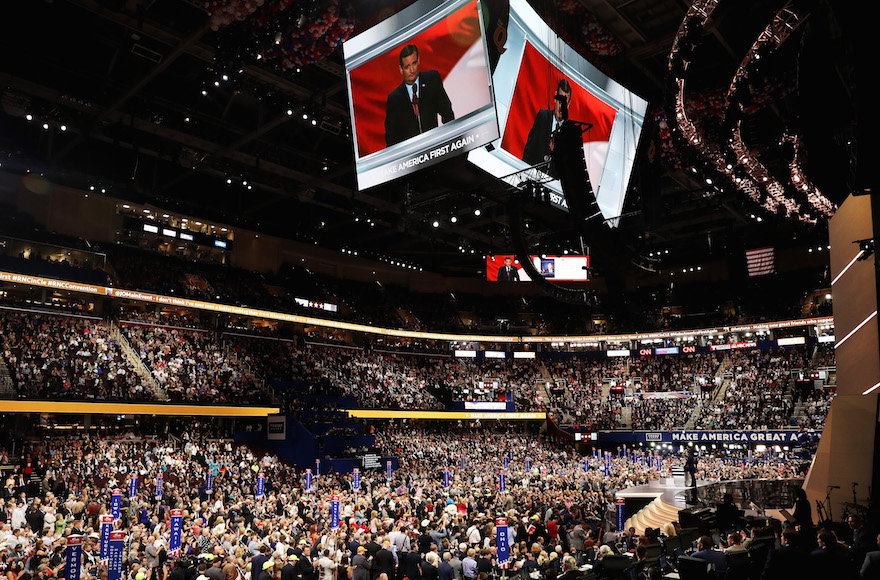 “And if the world knows nothing else, it will know this: America stands with Israel,” Pence said.

Speaking earlier in the night, Texas Sen. Ted Cruz, the runner-up to Trump in the Republican primaries, was booed for refusing to endorse Trump and barely even mentioning the nominee in a speech that centered on the importance of conservative values.

According to media reports, Republican mega-donor Sheldon Adelson would not let Cruz into his suite at the convention following the speech.

“Vote your conscience,” Cruz told the convention crowd. “Vote for candidates up and down the ticket who you trust to defend our freedom and to be faithful to the Constitution.”

In his speech, Cruz criticized the Obama administration, which he said “thinks it’s possible to make a deal with Iran, that celebrates its holidays: ‘Death to America Day’ and ‘Death to Israel Day.'”

Newt Gingrich, the former speaker of the House of Representatives, also referred to Israel and the Jewish people in a speech warning at length about the dangers of a terror attack by weapons of mass destruction on an American city.

On Thursday, the convention’s final day, Trump — along with his Jewish daughter, Ivanka — will address the crowd.