Republicans stick together on Israel — and not much else 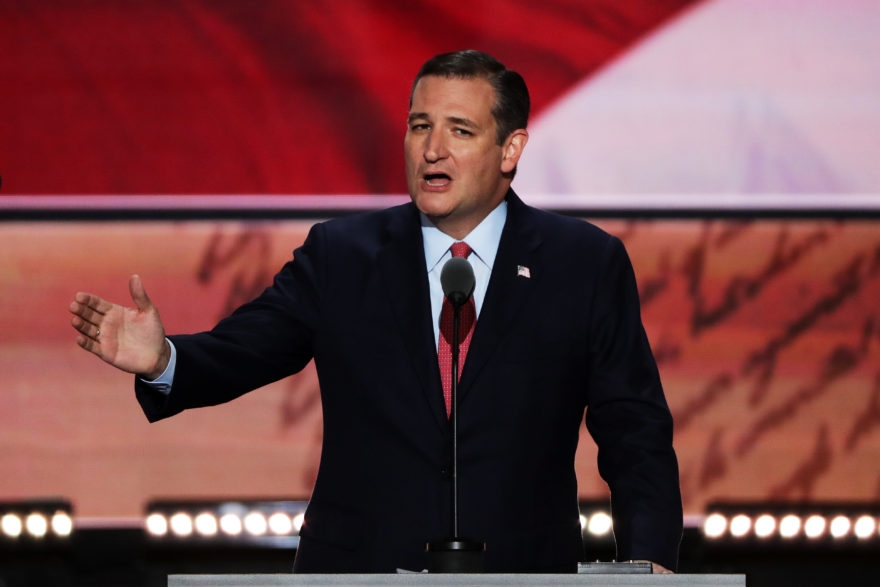 CLEVELAND, OH - JULY 20: Sen. Ted Cruz (R-TX) delivers a speech on the third day of the Republican National Convention on July 20, 2016 at the Quicken Loans Arena in Cleveland, Ohio. Republican presidential candidate Donald Trump received the number of votes needed to secure the party's nomination. An estimated 50,000 people are expected in Cleveland, including hundreds of protesters and members of the media. The four-day Republican National Convention kicked off on July 18. (Photo by Alex Wong/Getty Images)
Advertisement

On Wednesday, the Republican National Convention should have felt, well, conventional.

Gone were B-list celebrities like Scott Baio and Willie Robertson. The crowd finally stopped chanting for the presumptive Democratic nominee to go to prison. And no one — at least as far as we know — plagiarized their speech.

For once, the convention tried to be normal: It promised party rivals-turned-allies — Ted Cruz, Scott Walker — who would unite and fire up the crowd. An elder statesman, Newt Gingrich, would buttress the nominee. A family member, Eric Trump, was ready to add a personal touch. And Trump’s running mate, Mike Pence, would close the evening by assuring the party faithful — including its pro-Israel cohort — that the ticket stood for the things they believed in.

But just like everything else at this year’s convention, what looked straightforward on paper turned chaotic in reality: Instead of bringing the party together, Wednesday night bared how divided Republicans still are.

Cruz spoke twice as long as scheduled and hardly mentioned Trump, then got booed when he told the crowd to “vote your conscience.”

Gingrich managed to be even more dispiriting: He spent a full five minutes of his speech listing recent terror attacks and describing the imminent possibility of terrorists detonating weapons of mass destruction in a major American city.

In the end, one of the few things that drew the marquee speakers together — one of the few things the whole party still agrees on at all — was robust support for Israel. Cruz bashed Iran for celebrating Israel’s theoretical destruction. Gingrich lamented “what’s happening in Israel, where average citizens fear for their lives whenever they leave their homes.”

And Pence, usually softspoken, drew an amped-up cheer from the crowd when he declared, “And if the world knows nothing else, it will know this: America stands with Israel.”

Unconditional support for Israel has been the one sacred cow Trump will not slay. He’s contradicted Republican orthodoxies on free trade, defense and diplomacy. He’s undermined the party’s efforts to reach out to Latinos. He won’t reform entitlements.

Trump forged his own way at first on Israel as well, calling himself “neutral” on the Israeli-Palestinian conflict and suggesting that Israel pay back the aid money it’s received. But when it counted, at the AIPAC convention in March, Trump became very un-Trump: He read traditional pro-Israel talking points from a teleprompter.

Whether or not Trump actually believes his pro-Israel rhetoric, it’s remained a touchstone for Jews and traditional Republicans who want reasons to feel good about him. Nearly every delegate I spoke to about Trump and the Jews mentioned his Israel policy in his defense. And it’s a link between Trump and Pence — a free-trade supporter who voted for the Iraq War.

Most Republicans who still feel uneasy about Trump speak in vague terms about what might happen after November. If he wins, he may fundamentally reshape the party in his image. And if he loses… They’ll see.

But if the traditional Republican party platform is splintering, count on Cruz, Gingrich, Pence and others to grab its Israel plank — and hold on, together, for dear life.