For 5th time since May, Israeli child dies of heat in parked car 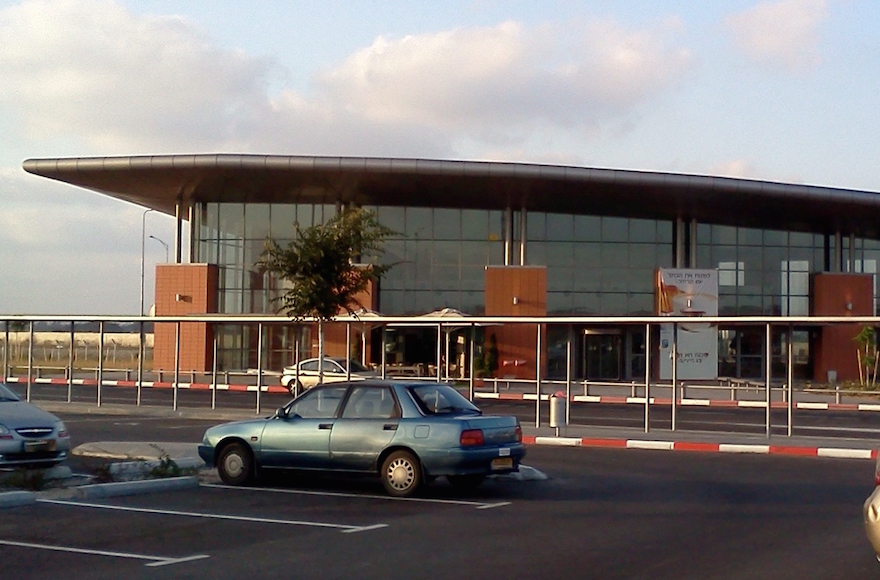 (JTA) — Following the fifth death in two months of an Israeli child who had been left in a parked car, the country’s child welfare watchdog group called for regulations that would prevent the recurrence of such cases.

Vered Windman, the director of the Israel National Council for the Child, made the call Friday, urging the government to it mandatory to install alert systems.

The latest incident ended with the death of a 16-month old girl who was left in a closed car for two hours in Beitar Ilit, a predominantly haredi Orthodox Israeli settlement in the West Bank. Paramedics who were called to the parking car found the girl with neither a pulse nor respiratory activity as a result of a massive heat stroke, Army Radio reported. They attempted to lower her body’s temperature while resuscitating her for long minutes as they evacuated her to hospital, but she was pronounced dead on arrival to Shaare Zedek Medical Center in Jerusalem.

Last week, a 4-year-old boy died in Rahat, a Bedouin city near Beersheba. His parents brought him to a local clinic in a state of clinical death, and he was pronounced dead at Soroka Hospital. Police are investigating whether his parents are guilty of neglect that led to his being left in a vehicle exposed to the sun for hours.

Last month, a teacher from the Arab-Israeli village of Sayyed went to work at a local school, forgetting that his two sons were in the car. He said he reentered the vehicle at the end of the workday without noticing their lifeless bodies and drove to pick them up at their day care center, where he thought he had deposited them on the way to work.

Since 2008, 23 children have died in Israel as a result of being left inside a closed vehicle, where temperatures can easily reach 122 degrees Fahrenheit when parked in the sun in summer. Israeli media reported on at least 381 cases involving 428 children who were found in cars without being able to leave, according the Safe Kids Israel nonprofit. In 60 percent of the cases, children were left inside the vehicle by caretakers. The remaining cases were of children who locked themselves in a car.

In the United States, hundreds of children die annually from being left in parked cars.

“We cannot go on as though nothing is happening when five children lose their lives in such a tragic and unnecessary manner,” Windman of the Child Council said. “We need to do everything we can – and there are things we can do – to prevent the recurrence of such cases, which are hard to even comprehend.”

She called on Israel’s transportation ministry to pass regulations that make it obligatory to install devices aimed at alerting parents to the presence of a child or another mammal in a parked car before they leave it.

Several smartphone applications have addressed the problem, alerting parents whenever they sense a disconnect in a Bluetooth link between the parent’s smartphone and a device that is installed into the child’s car seat.

Additionally, a team of Israeli engineers developed in 2012 a system called Kidetect, which uses real-time sensors to determine the presence of backseat passengers inside a car’s interior and triggers a loud alarm when they are left detected in the absence of a person in the driver’s seat. The system also works on pets, according to its chief engineer, Ido Nachmani.