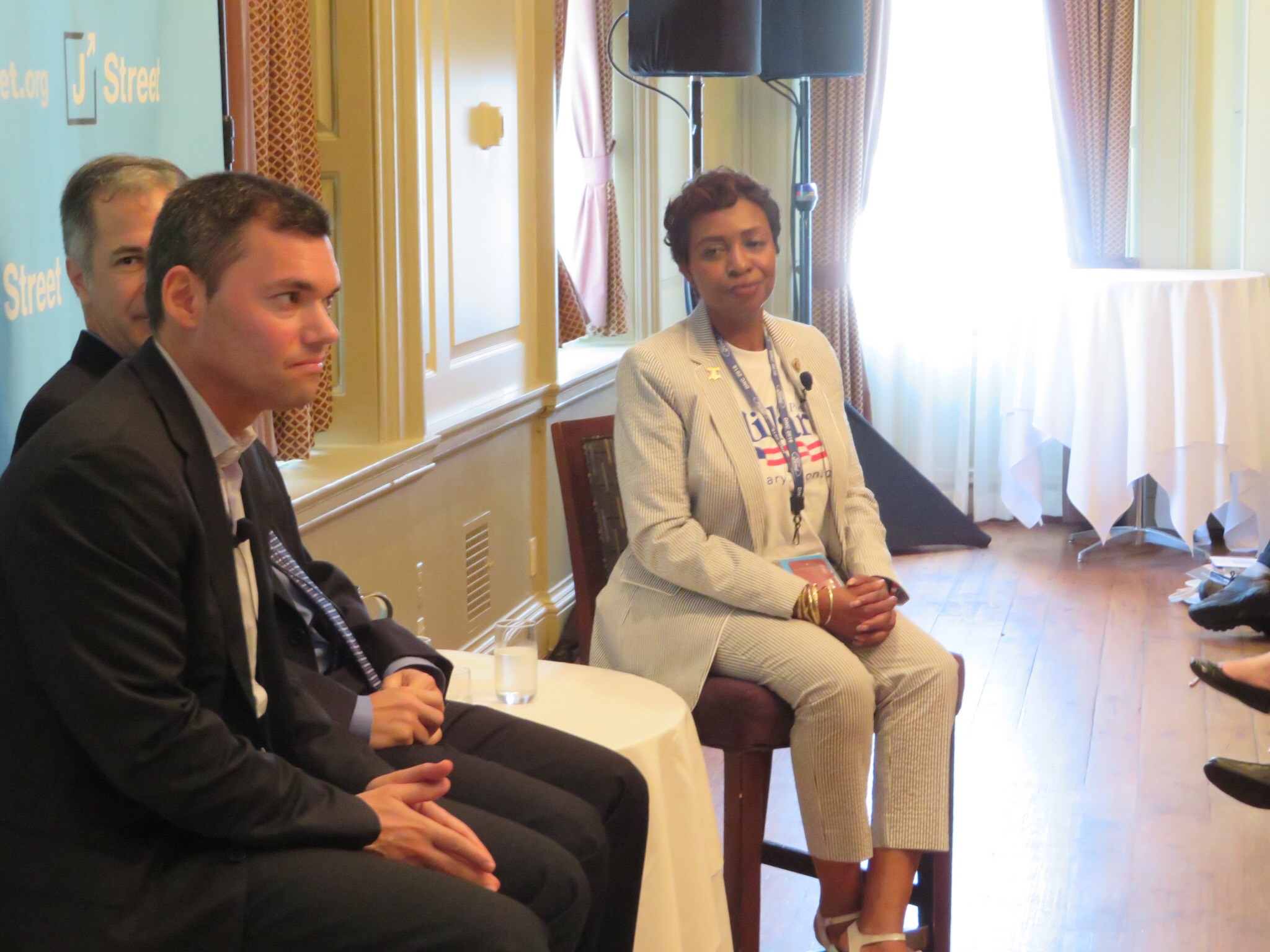 Rep. Yvette Clarke, D-N.Y., speaks Tuesday, July 26 at a J Street panel held near the Democratic National Convention in Philadelphia. At left is journalist Peter Beinart, and behind him pollster Jim Gerstein. (JTA)

There’s Crown Heights, with its large population of Chabad-Lubavitch Hasidic Jews, she said at a panel on Tuesday convened by J Street near this week’s Democratic National Convention. There’s Sheepshead Bay, with what she called “Middle Eastern Jews of non-European descent.” And there’s Park Slope, where she says the Reform Jewish population is growing.

“It presents a challenge,” she said. “I call it being in the midst of a family feud.”

The J Street-endorsed Democrat said she walks a fine line on Israel. “I can take a step in either direction, and get email blasts immediately,” she said.

One vote was easy, she said: Favoring the Iran nuclear rollback-for-sanctions- relief deal, in part because pressures to reject the deal were so alienating.

“We are Americans and our allegiance is to the commander-in-chief of our nation, and were asked to choose for the leader of another nation,” she said.

The offense, she said, was compounded by the pressure that Democrats came under to attend the speech, and then to back the deal in a make-or-break vote.

“It was the mobilization behind the scenes to make sure every Democratic Congress member was at the speech,” she said.

Ultimately, the pressure backfired, she said. She described a billboard near her district office that urged constituents to “Tell Congresswoman Clarke to Vote No on the Iran Deal.” Voters who had little idea about what the deal comprised Googled it, she said, and once they discovered that it was backed by President Barack Obama, who is popular in her district, they said “hell no” and urged her to vote yes.