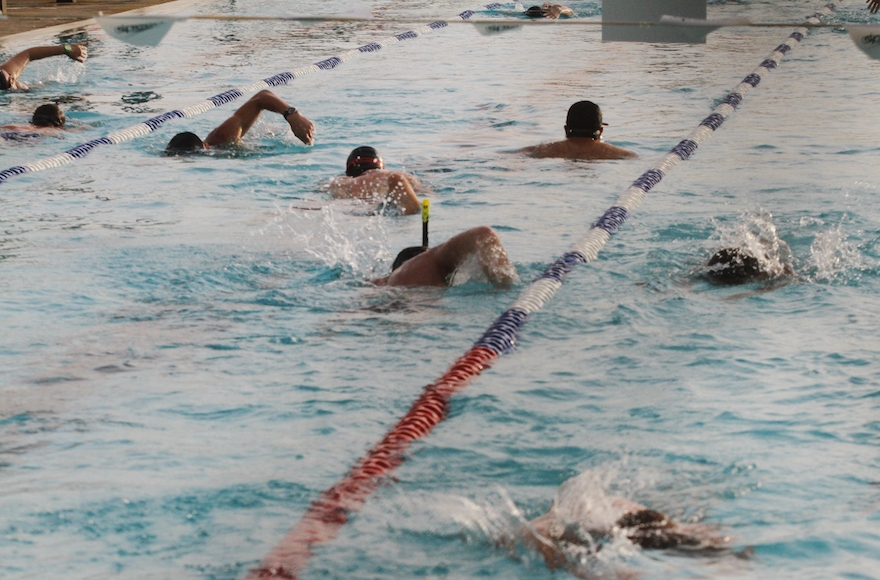 (JTA) — A Galilee municipal leader apologized on Facebook “to anyone who felt offended” by his remarks that Arabs shouldn’t swim in Jewish pools.

Motti Dotan, head of the Lower Galilee Regional Council, wrote on Friday that “it’s possible that” his comments the previous day on the Kol Chai radio station were “misunderstood” and that he “may have had a slip of the tongue,” Haaretz reported.

“My dear Jewish and Arab friends,” he wrote. “Yesterday during a radio broadcast I was asked about the homogenous population that patronizes the pools in the council’s towns. In my response, I addressed the cultural differences between the populations and their conduct at the pool. Unfortunately, it’s possible that I was misunderstood, and may have had a slip of the tongue. In any case, I apologize to anyone who felt offended.”

Interviewed on live radio Thursday, Dotan, whose council represents several kibbutzim and Jewish towns in the Galilee, said, “I don’t hate Arabs, but I don’t want them at my pools. I don’t go to their pools, either.”

Saying his views were reflective of “cultural differences” and not racism, he cited different dress norms and “hygiene culture.”

In Friday’s Facebook post, Dotan noted that he is a “people person” who lives in peace with “the variety of populations in our region.”

According to the Times of Israel, Kol Chai’s interview with Dotan came as a follow-up to a questionnaire it had sent out to northern council leaders about whether they allowed non-locals to use their swimming pools.

“This a cultural difference; it’s not racism,” Dotan said on Thursday. “In the non-Jewish culture, the Arab [culture], they go into the pool with their clothes on, and try to lay down manners of dress like that or similar, and therefore it is not suitable for us. The hygiene culture is not like ours. Why is it racism?”

Dotan noted that no Jews swim at an Arab-owned private pool near Kibbutz Beit Rimon, one of several Jewish communities and towns represented by his council. Neighboring Arab towns and villages are represented by a different regional council.

Dotan, the son of two Holocaust survivors, said in the radio interview that he has “very good relations with the Arabs in the area, they know my views” and insisted many of them respect him for being so honest.

Yousef Jabareen, a Knesset member with the Joint Arab List party, slammed Dotan’s comments Thursday, telling Haaretz: “In addition to being morally unacceptable, they constitute a criminal offense, and I am contacting the attorney general to open a criminal investigation.”