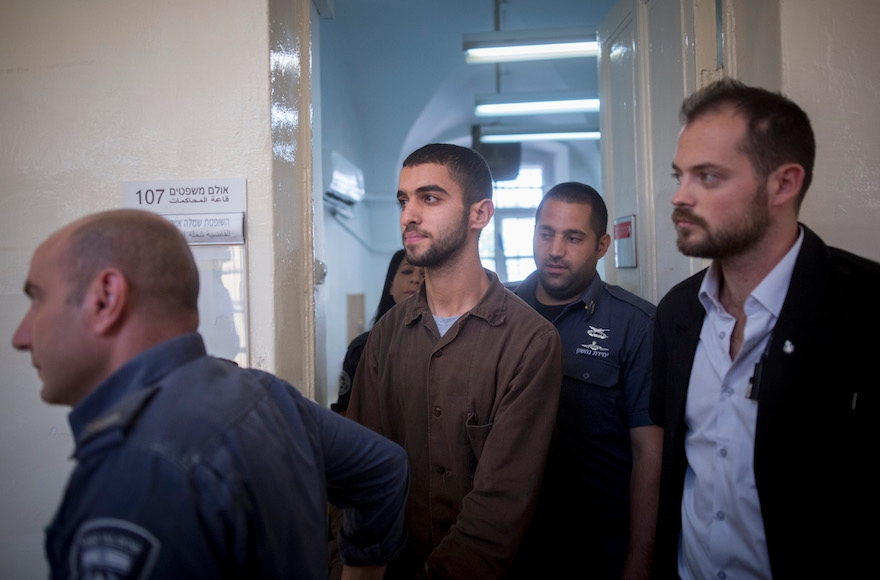 JERUSALEM (JTA) — A Palestinian man caught earlier this month trying to board the Jerusalem Light Rail with a bag holding pipe bombs planned to detonate them in retaliation for Jewish visits to the Temple Mount.

Ali Abu Hassan, 21, a civil engineering student at the Polytechnic University in Hebron, made the bombs himself, police said. The bombs included nails and screws dipped in rat poison in order to increase injuries.

Police filed a prosecutor’s report on Tuesday, according to Israeli media. The same day, an Israeli court charged Hassan with attempted murder, creating a weapon and conspiracy to commit a crime, the Times of Israel reported.

Hassan reportedly tested prototypes of his bomb before attempting to detonate them in Jerusalem, police said. He also left a will at the university before leaving for Jerusalem to carry out the attack.

He first planned to ignite the bombs in a restaurant in the city and then decided to explode them on the light rail.

He was prevented from boarding the light rail during rush hour on July 17 by a security guard who thought he was acting suspicious.  An inspection of Hassan’s bag turned up the pipe bombs as well as knives.

He is being charged with attempted murder, manufacturing weapons, and conspiracy to commit a crime. Police believed he acted alone.

On Twitter, police announced the release of the prosecutor’s report and posted a photograph of one of the pipe bombs.