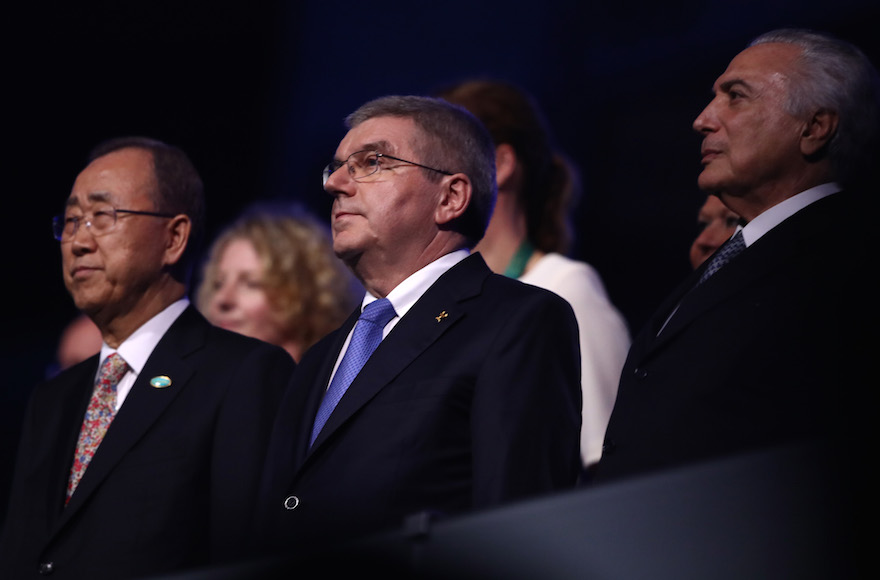 (JTA) — The International Olympic Committee reportedly reprimanded the head of the Lebanese delegation over an incident in which he blocked Israeli Olympians from boarding a bus.

At a hearing Sunday, the IOC committee warned Salim al-Haj Nakoula that it would not accept a similar incident, the Jerusalem Post reported.

The incident in question occurred Friday, when Nakoula blocked Israeli athletes from boarding a bus to transport them to the opening ceremony of the Rio games. The encounter drew attention when Israeli sailing coach Udi Gal reported it on Facebook.

Nakoula told Lebanese media that the Israelis were “looking for trouble” by insisting on boarding the same bus when they had their own transportation. He reportedly told the IOC that the incident had been a misunderstanding.