Joe Lieberman says he will vote for Hillary Clinton 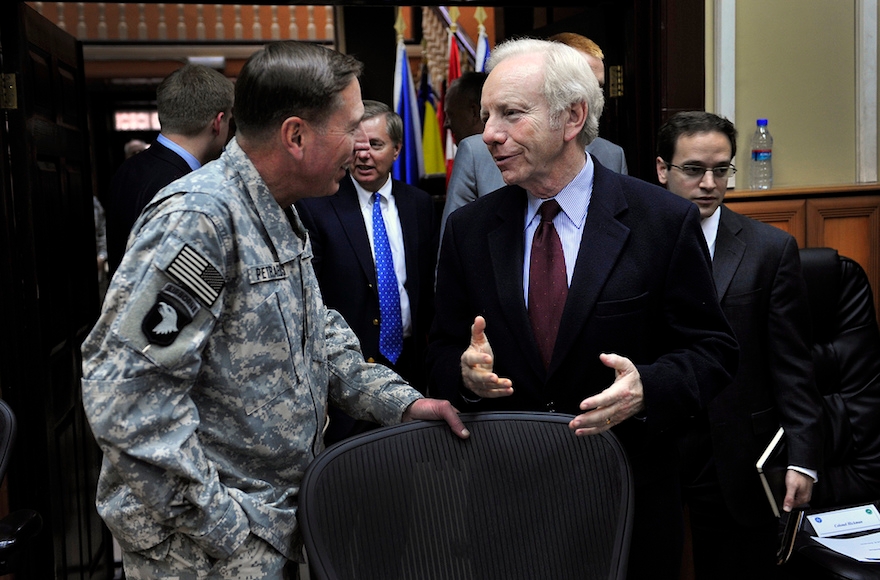 “I’m an independent Democrat, I never changed parties, and I’m going to vote for Hillary Clinton,” the former senator from Connecticut said Wednesday on the Fox Business channel, as quoted by the Washington Examiner.

Lieberman noted that he has known Clinton, the Democratic nominee, since he studied with her and her husband, former President Bill Clinton, at Yale Law School in the early 1970s.

“I worked with her closely in the Senate for eight years,” he said. Clinton was the senator from New York from 2001-09. “She’s strong, she’s smart, she understands national security. What I was most impressed with in our years in the Senate together was she reached across party lines to try to build coalitions to get something done.”

Lieberman last week said he was not yet settled on a candidate, leaving open the prospect that he could vote for Trump, the Republican nominee.

“I’m one of those people, and there’re a lot of us I think, who can’t feel quite comfortable either way yet,” he said then on Fox Business Channel.

He attributed his indecision in part to a group he founded with former Utah Gov. Jon Huntsman, a Republican, called No Labels, which seeks conciliation between the parties.

Lieberman was the first Jewish candidate on a major ticket when he was Al Gore’s pick for vice president in the 2000 elections.

Elected to the Senate as a Democrat in 1988, he lost the party primary in 2006, in part because of his enthusiastic backing for the Iraq War. He went on to win a fourth term as an Independent, and backed Arizona Sen. John McCain, the Republican nominee in the 2008 election, but left politics in 2012.