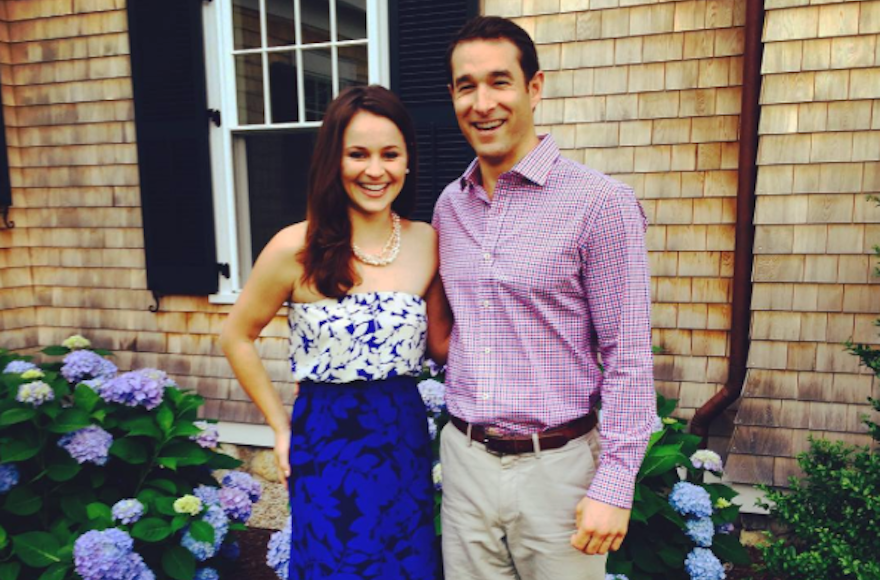 The 2006 Olympic silver medalist wed hedge fund manager Tom May on Saturday in Cape Cod. In a video shared to Instagram by Cohen’s sister, Natasha, partygoers can be seen raising the couple on chairs into the air as is traditionally done at Jewish weddings.

But the couple made an unusual song choice, opting for “Locked Out of Heaven” by pop singer Bruno Mars, rather than a klezmer tune.

Cohen’s sister also shared a photo of the 31-year-old figure skater and her mother, Galina, a Jewish immigrant from Ukraine.

“I just can’t believe how quickly the whole weekend went by,” Cohen told Entertainment Tonight. “It was absolutely magical.

Watch the video of the couple dancing here:

Cohen recently graduated from the School of General Studies at Columbia University with a degree in political science.