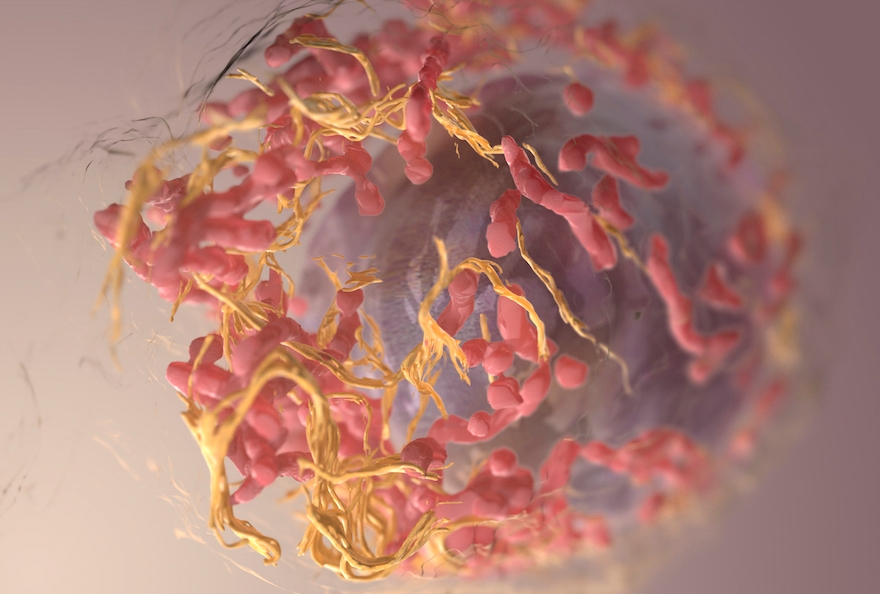 (JTA) — A new discovery by Israeli and German researchers could be the key to stop the spread of melanoma, the deadliest kind of skin cancer.

The scientists found the method by which melanoma spreads from its original site and how to stop the metastasis before it turns deadly, according to a study published online Monday in Nature Cell Biology.

“The threat of melanoma is not in the initial tumor that appears on the skin, but rather in its metastasis — in the tumor cells sent off to colonize in vital organs like the brain, lungs, liver and bones,” said the study’s lead researcher, Dr. Carmit Levy, according to The Jerusalem Post.

“We have discovered how the cancer spreads to distant organs and found ways to stop the process before the metastatic stage,” added Levy, of Tel Aviv University’s Sackler School of Medicine.

Prior to metastasizing, melanoma tumors send out vesicles containing small RNA particles that cause changes in the surrounding skin, according to the findings.

Melanoma kills one person every 52 minutes, according to the Skin Cancer Foundation. Despite ongoing research, there is still no cure for the deadly disease.

Levy said researchers have known for years that melanoma forms in the epidermis, the outer layer of the skin, but the new research sheds light on how the process occurs in the dermis, the skin’s inner layer.

The changes prepare the inner layer of skin surrounding the original tumor to receive and transport the tumor cells, the scientists discovered.

The Israeli research team found two chemicals that can stop the cancer from spreading, which they say could be used in future medical treatments.

“Our study is an important step on the road to a full remedy for the deadliest skin cancer,” Levy said. “We hope that our findings will help turn melanoma into a nonthreatening, easily curable disease.”