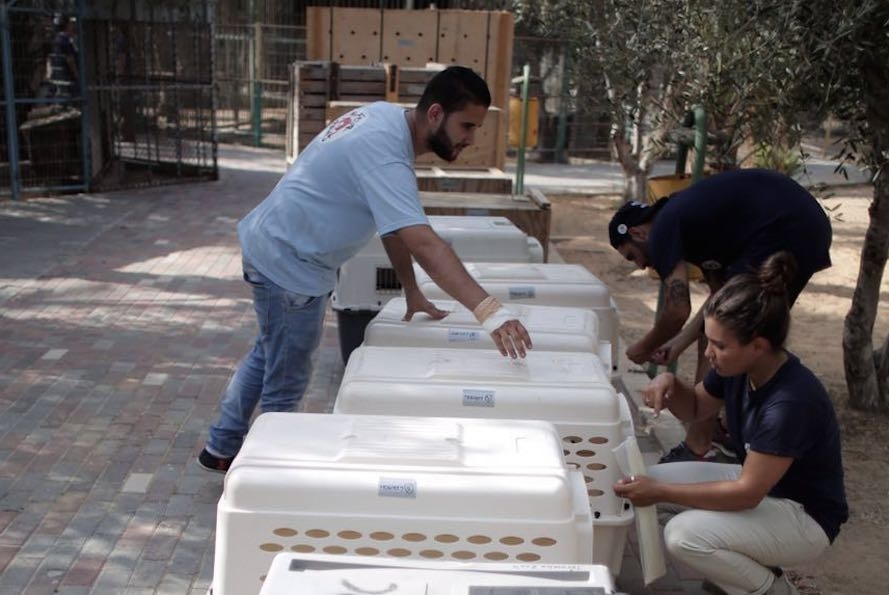 (JTA) — The last remaining animals in a Gaza zoo deemed “the world’s worst” will be moved to Jordan via Israel.

Foreign volunteers with Four Paws, an international animal welfare group, on Tuesday prepared the animals to leave the Khan Yunis Zoo, which has been closed to visitors since 2014, Agence France Press reported.

The 15 animals — among them a tiger, gazelle, pelicans, monkeys and porcupines — were scheduled to cross into Israel through the Erez checkpoint on Wednesday morning.

The tiger is the last of its species to remain in Gaza.

“Khan Yunis Zoo has been known as the ‘worst zoo in the world’ since it became public last year that the zoo was crudely mummifying the animals that died in their care and displaying them,” Four Paws said on its website.

“Four Paws has been active in providing emergency food and supplies to the animals, but now we have the chance to rescue them all for good.”

According to The Times of Israel, the Khan Yunis Zoo once housed more than 100 animals, but has suffered financially as a result of Gaza’s multiple wars with Israel.

Zoo owner Ziad Aweda blamed the zoo’s problems on “the harsh conditions of life, the weak economy and the severe blockade.”