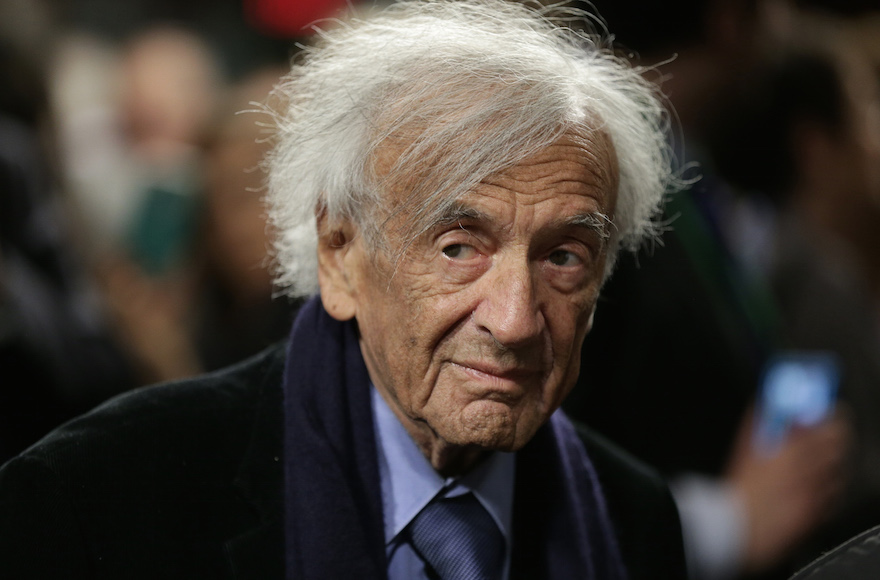 (JTA) — A Jewish organization working in the former Soviet Union inaugurated an exhibition in Moscow on the life of Nobel laureate Elie Wiesel.

Also in the Russian capital, some 500 Chabad rabbis from across Europe gathered this week for a conference that may be the largest rabbinical gathering ever held there, according to the Chabad movement.

The exhibition, titled “Elie Wiesel, from Sighet to Moscow via France and Israel,” was launched Wednesday by Limmud FSU, which organizes Jewish learning conferences in over a dozen countries with large populations of Russian-speaking Jews.

Prominent figures from Russian Jewry, including the country’s two chief rabbis, Berel Lazar and Avraham Shayevich, attended the opening at the Israeli Cultural Center. The display features dozens of photos from important stations in the life of Wiesel, a Holocaust survivor and prolific writer who died last month in New York at 87.

His 1966 book “The Jews of Silence” looked at Jews living in repression beyond the Iron Curtain under communism and served as a catalyst for the Soviet Jewry movement.

“It’s fitting that Elie Wiesel is being honored in Moscow by the very people he helped free 50 years after writing ‘The Jews of Silence,'” said Limmud FSU founder Chaim Chesler. “His memory will serve as an inspiration and a symbol of our triumph.”

The exhibit features a 2009 photo showing Wiesel holding a white rose while walking alongside President Barack Obama and German Chancellor Angela Merkel during a visit to the former concentration camp Buchenwald.

Meanwhile, participants in the 2016 European Conference of Shluchim – Hebrew for emissaries — that started Monday visited areas connected to the birth of the Chabad movement, which provides the main framework for Jewish life across the post-Soviet space. The rabbis toured Liozna, Liadi and Lubavitch, among other places.

Lazar, who heads the Chabad-affiliated Federation of Jewish Communities of Russia, told Lubavitch.com that when the first gathering of Chabad emissaries took place in Russia in 1991, “Jews had yet to shake off the fear that they had known for so many years. The communist mindset still prevailed and people were absolutely incredulous to see such an open celebration of Jewish identity.”

But today, “after 25 years of Chabad’s activities in the FSU, the sense of fear that has so gripped our people for 70 years here has given way to Jewish pride. Today, Jews in Russia enjoy a quality of life that is often better and safer than in many European countries.”