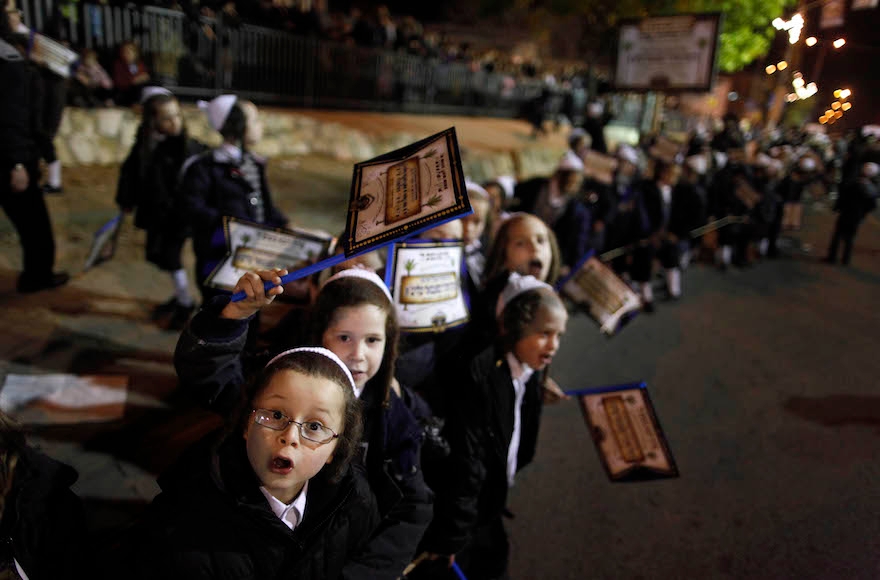 The Satmar Hasidic movement has long been famous for, among other things, its opposition to Zionism and the state of Israel. In the video below, published last week by the Yeshiva World News, children at two Satmar day camps can be seen being led in protests against Israel.

In one of the protests, they hurl eggs at a car meant to represent the convoy of Israeli Prime Minister Benjamin Netanyahu. Earlier in the video, the children chant “Israeli government, shame on you!” One child holds a sign reading, “A Jew is not a Zionist.”

The videos were shot in August at two separate camps, affiliated with rival New-York based Satmar leaders, according to Yeshiva World News. Following the death in 2006 of leader Rabbi Moshe Teitelbaum, the group split, with two of the rabbi’s sons serving as leaders of the sect’s strongholds in Williamsburg and Kiryas Joel.

Some Hasidim in the United States, Israel and across the world do not support the existence of a Jewish state in Israel, arguing that establishment of Jewish rule over the territory must wait until the arrival of the messiah. That ideology distinguishes them from modern Orthodox or religious Zionist Jews, who accept Israel’s reestablishment as the sign of the “first manifestation of the approach of our redemption,” as a well-known prayer for Israel refers to it.