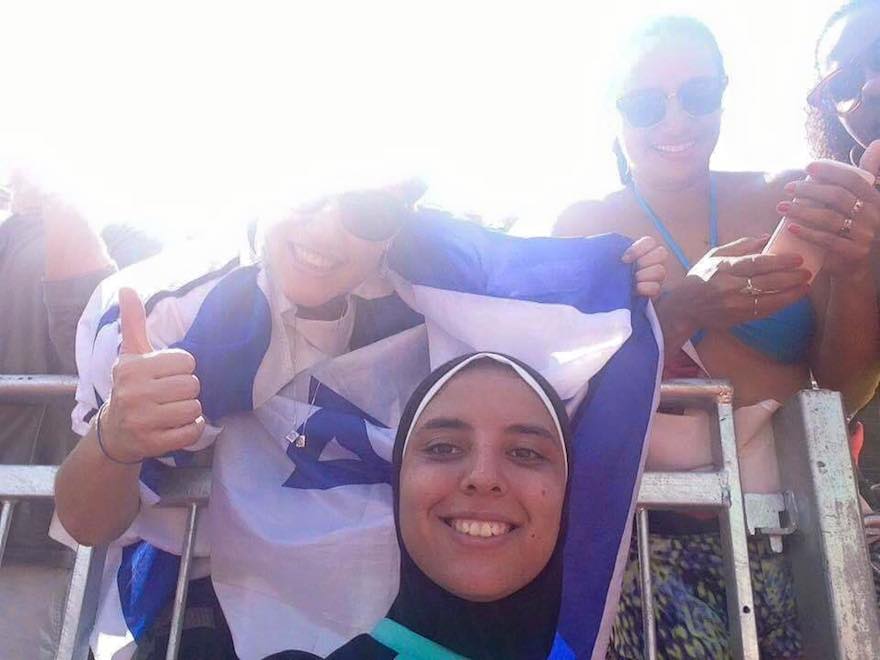 Egyptian volleyball player Doaa Elgabashy said she was unaware of the Israeli flag's presence when the photo was taken. (StandWithUs Facebook page)
Advertisement

(JTA) — An Egyptian Olympian who appears in a viral photo featuring an Israeli flag said on Facebook that she was photobombed by “dirty” people and there will “never be peace between me and these people in my life.”

Doaa Elghobashy, 19, a volleyball player, has been harshly criticized on Arab social media since the Israeli Embassy in Cairo shared the photo, which was initially shared by the pro-Israel advocacy group StandWithUs.

In a similar incident this week, the popular Tunisian singer Saber Rebai drew fire for appearing in a photograph with an Arab-Israeli soldier whom Rebai said he did not know was Israeli.

According to Ynet, Elghobashy told the Egyptian newspaper Al-Youm a-Saba that the photo was “a conspiracy against me to try and discredit my name.”

“It isn’t possible that I would take a picture with an Israeli because between these people and ourselves, it is not possible to have peace,” she said. “The Israeli woman was not with a flag, but when the picture was taken, she hoisted the flag without me knowing. You can see that in the picture.”

Elghobashy failed to medal at the Rio Games, but drew attention for being the first Olympic athlete to play beach volleyball in a hijab, according to The Times of Israel.

Egypt and Israel signed a peace accord in 1978, but anti-Israel sentiment remains pervasive in Egyptian society.