Quit the failed attempts to paint Democrats as weak on Israel

MIAMI (JTA) — Every four years the same movie plays at the Jewish Political Film Festival: It’s the one where the Democrats pass another party platform with more ironclad support for Israel and then nominate yet another presidential candidate whose record on Israel is beyond question. The ending is always the same, too, with two-thirds to three-quarters of American Jews voting for the Democrat.

This year will be no different.

American Jews again will vote for the Democratic candidate, confident that Democrats will have Israel’s back.

Not only is this year’s Democratic Party platform ironclad when it’s comes to support for Israel, but the Democratic presidential nominee also is resolute in her defense of the Jewish state.

The platform is unequivocal in calling a strong and secure Israel “vital to the United States.” Vowing to “ensure that Israel always has the ability to defend” itself, the platform pledges to “support Israel’s right to defend itself, including by retaining its qualitative military edge, and [to] oppose any effort to delegitimize Israel.”

It is also the first party platform to promise that the United States will fight boycotts, sanctions and divestment efforts against Israel. The platform states the U.S. will work “toward a two-state solution of the Israeli-Palestinian conflict negotiated directly by the parties that guarantees Israel’s future as a secure and democratic Jewish state with recognized borders.” And it says Jerusalem should “remain the capital of Israel, an undivided city accessible to people of all faiths.”

It is hard to imagine a more pro-Israel platform, particularly given the fears that some people had over the makeup of the platform committee, whose members included individuals with strong pro-Palestinian leanings.

It also is hard to imagine a more pro-Israel candidate than Hillary Clinton, who in a June foreign policy address called Israel’s security “non-negotiable.”

“They’re our closest ally in the region,” she said, “and we have a moral obligation to defend them.”

Clinton has also demonstrated her pro-Israel bona fides as a U.S. senator and secretary of state. 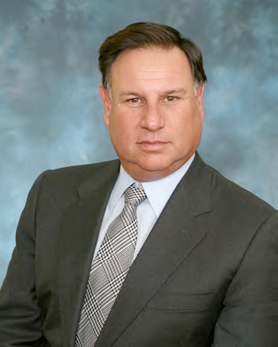 She has condemned Palestinian incitement numerous times throughout the years, sponsored a Senate resolution calling for the Magen David Adom’s inclusion in the International Red Cross, fought for bills to combat anti-Semitism and Holocaust denial, brokered a cease-fire between Israel and Hamas, and criticized the U.N. Human Rights Council for its “structural bias against Israel.”

Her relationship with Israel extends back to her days as first lady of Arkansas, when she brought to that state Home Instruction for Parents of Preschool Youngsters, an educational program developed in Israel. Her ties to Israel have continued throughout the decades.

Contrast Clinton’s proven support for Israel with her opponent’s lack of coherent policy on Israel — or any coherent foreign policy. One day Donald Trump says the United States will be “neutral” on Israel. Another day he says his “primary consultant” on foreign policy “is myself and I have a good instinct for this stuff.” He questions Israel’s commitment to peace and says he’ll make Israel pay for American aid.

Trump appeals to racists and anti-Semites, and his “America first” promises would lead to an isolationist and nativist America that abandons its allies, including Israel. Shimon Peres, a former president of Israel, said such a policy would be a “very great mistake.”

Fifty Republican security experts signed a letter stating that Trump would be “the most reckless president in American history,” and has demonstrated that “he has little understanding of America’s vital national interests, its complex diplomatic challenges, its indispensable alliances, and the democratic values on which U.S. foreign policy must be based.”

Those “vital national interests” and “indispensable alliances” include Israel.

Chuck Freilich, a former Israeli deputy national security adviser, called Trump a “loose cannon,” telling Haaretz, “This can produce not just diplomatic confusion and discord — but it can lead to wars in the Middle East.”

Pro-Israel Republicans, rather than wasting money on the fear of Democrats bringing even more American Jews to their party, particularly this year, should instead put their efforts into ensuring that American support for Israel remains bipartisan.

Let’s bring down the curtain on failed attempts to paint Democrats as weak on Israel. It’s untrue, it’s not working and it’s not helpful – to Israel.

(Michael M. Adler is treasurer of Jews for Progress, a pro-Hillary Clinton super PAC, and is a former chair of the National Jewish Democratic Council.)

It’s indisputable: The GOP is the pro-Israel party