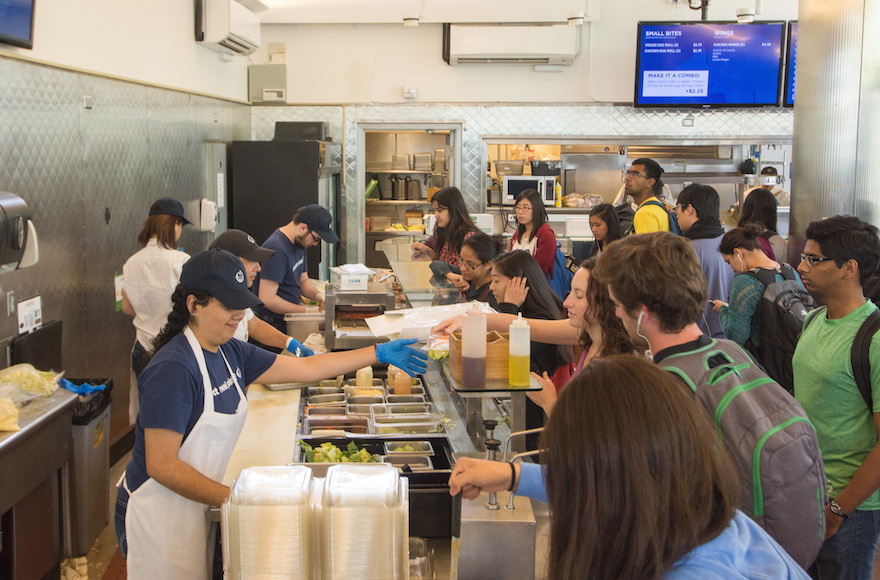 (JTA) — A dining station at the University of California, Berkeley will be certified kosher, the first in the public university system.

The dining station by Cal Dining is also designed to appeal to Muslims who eat halal, the local Berkeleyside news website reported.

“A lot of people don’t know what ‘kosher’ means or what the criteria is that dictates it,” Josh Woznica, president of the Jewish Student Union, told the news website. The dining station “could be a place where people could learn more about different values and cultures. It has the potential to be an intersection of ideas – a station that’s open to everyone.”

The meat served at the station will be kosher certified. Muslims who observe halal generally can eat meat slaughtered according to Jewish dietary laws, since theirs is a fellow Abrahamic religion. All the kosher food at the station also will meet halal standards, according to the report.

“The implementation of the new food station also relieves a lot of food security concerns for students who eat kosher or halal,” Sarah Bellal, external vice president for the Muslim Student Association, told Berkeleyside. “Moving to Berkeley and starting college already requires adjustment in terms of academics and social life. No longer being able to eat the food you used to eat at home is yet another way students may need to adjust.”

She said she is pleased that Jewish and Muslim students will have the opportunity to eat together on campus.

“Our communities coming together to share meals at Berkeley is symbolic of a centuries-long shared tradition between Jews and Muslims — a tradition that includes many other religious commonalities,” Bellal said.