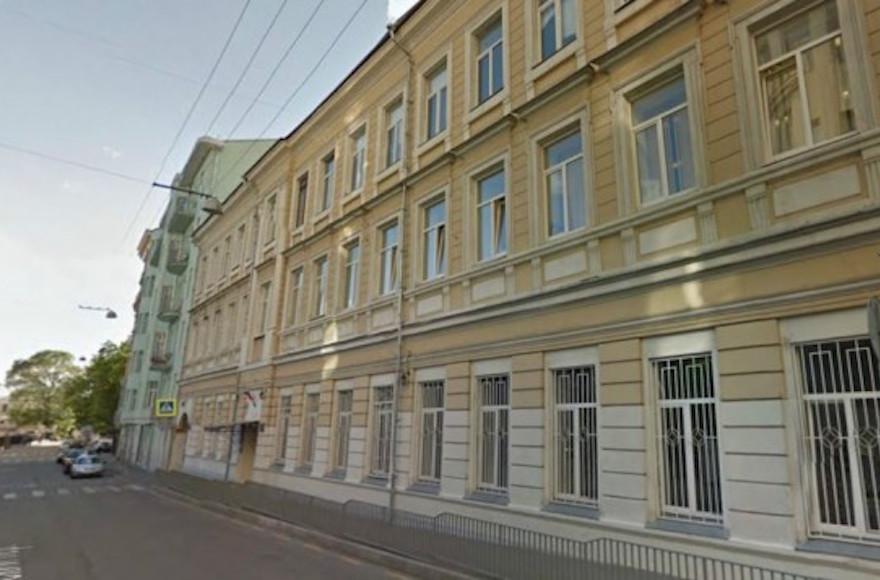 MOSCOW (JTA) — The Jewish director of a prestigious Moscow school school resigned following reports that a former history teacher at the school had sex with his teenage students and left for Israel.

Sergey Mendelevich, the longtime director of Metropolitan School 57, stepped down Saturday despite calls by parents for him to remain in his position. Several dozens people staged an impromptu rally in support of him outside the school.

Mendelevich’s resignation follows a week of soul searching at the school that began on August 29, when journalist Ekaterina Kronhaus posted on Facebook about her lengthy unpublished investigation of allegations against the teacher. Kronhaus did not name the teacher or the school in her post, but reader comments led other journalists to conclude she was referring to Boris Meerson, a Jewish teacher who resigned from School 57 after 25 years there.

Meerson appears to have left Russia for Israel, where according to some reports in Russian media, he lives in Yokneam. He did not reply to a request for comment from JTA.

Meerson is accused of having sex with 11th and 12 grade girls. Since the age of consent in Russia is 16, Meerson may not face criminal charges even if the allegations against him are verified.

School 57 is one of the most sought-after schools in Russia, offering grades one through 12, with hundreds of applicants for every available spot. Jews have outsized representation in the student body, and many of the teachers are also Jewish.

At least three other teachers resigned from the school in a shakeup last month. Faculty said the Education Ministry will launch a probe of the school.

The number of complainants against Meerson is not yet know. But Korhaus said he had sex with a succession of girls over the years. According to Kornhaus, parents and pupils knew Meerson was sleeping with students, but they ignored and silenced talk about his behavior, including asking her not to write about it.

“For over 16 years, we knew that a history teacher is having affairs with students,” wrote Kornhaus, who described the teacher as “quite a handsome man, smart, sarcastic, charming.” She added: “No wonder it was easy to fall in love with him.”

Following the media storm triggered by Kornhaus’ Facebook post, several women came forward with allegations they had been sexually exploited by Meerson.

“I’m so pleased that it ended this way,” Rivka Gershovich, a Jewish graduate of School 57, wrote on Facebook after the director’s resignation. “I wish with all my heart that the nightmare that happened to me never happens to others.”

Gershovich said her relations with Meerson two years ago, the exact nature of which she did not specify, caused her panic attacks and suffering. She said she remained silent because he told her the school would be shuttered if she complained. “It was a form of blackmail,” she said.

Some media reports about the affair highlighted Meerson’s departure for Russia to Israel.

Alex Kikot, a reporter for the online tabloid Life, wrote that the affair was indicative of a pedophilia problem in “an elite community of jet-setters [who can] quickly get a darkon if something bad happens.” Darkon is the Hebrew word for passport.