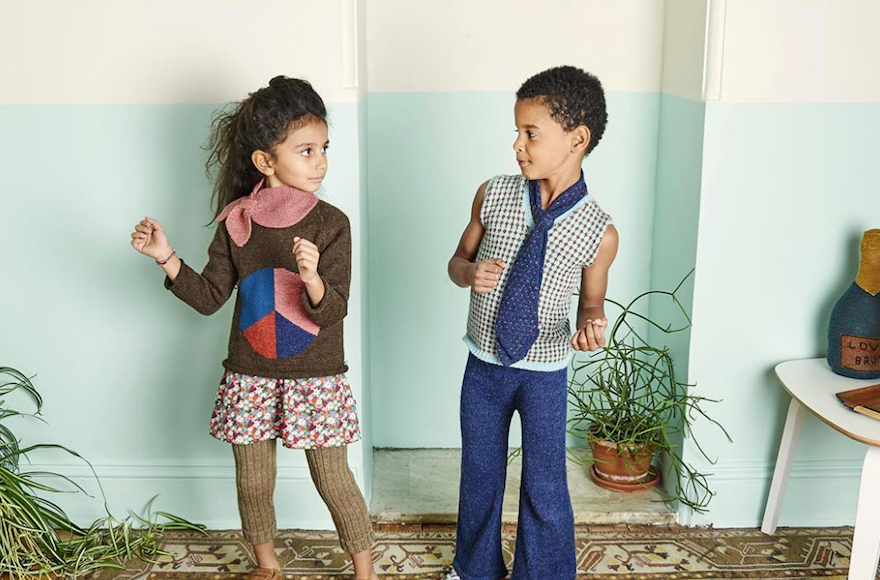 On Wednesday, JTA reported that Shan and Toad, a high-end children’s clothing retailer, had a very specific return policy: Customers could return non-sale items for a full refund — except for residents of five communities in New York and New Jersey, all of which have a significant Orthodox population.

Those living in those zip codes, which include Brooklyn and Passaic, New Jersey, could exchange unworn items or return them for store credit only — a policy that some decried as discrimination against Orthodox Jews.

But in an e-mail to JTA sent Thursday, Shana Laub, the owner of the online shop, denied allegations that her company’s return policy was in any way discriminatory against Orthodox Jews.

“Thank you for the opportunity to explain my return policy and its genesis and hopefully repair both any damage done and my reputation,” the message read.

Laub emphasized that her store accepted returns from all areas, and that residents of these five areas could still return unworn clothes for store credit. She said she implemented the more restrictive return policies because “the survival of the business had been threatened by abuse of its return policy among customers in a few concentrated areas,” she wrote.

She continued: “Those customers would place large orders and return all, or nearly all of the items they had purchased, often in poor condition, and only after a substantial delay.”

According to Laub, a mother of five girls whose LinkedIn page lists her as living in the “Greater Los Angeles” area — and whose blog says the company was originally launched in Jerusalem — these mass orders would deplete her stock and affect her ability to process other orders, which proved destructive for her small business. “If I continued to offer returns to these neighborhoods,” Laub wrote, “my business and my income would be destroyed.”

She added that she knew of other businesses that also implemented similar return policies out of concern for their fiscal well-being. She did not reply to a JTA request seeking follow-up comments.

Laub also claimed that, since the release of the story about her company’s return policies, she has “experienced a firestorm of legal accusations, public humiliation, and a host of the most vile and vituperative e-mail and phone messages.”

“If I unwittingly insulted or hurt anybody, I sincerely ask forgiveness now,” Laub added, “I had never intended to. I was merely trying to survive.”