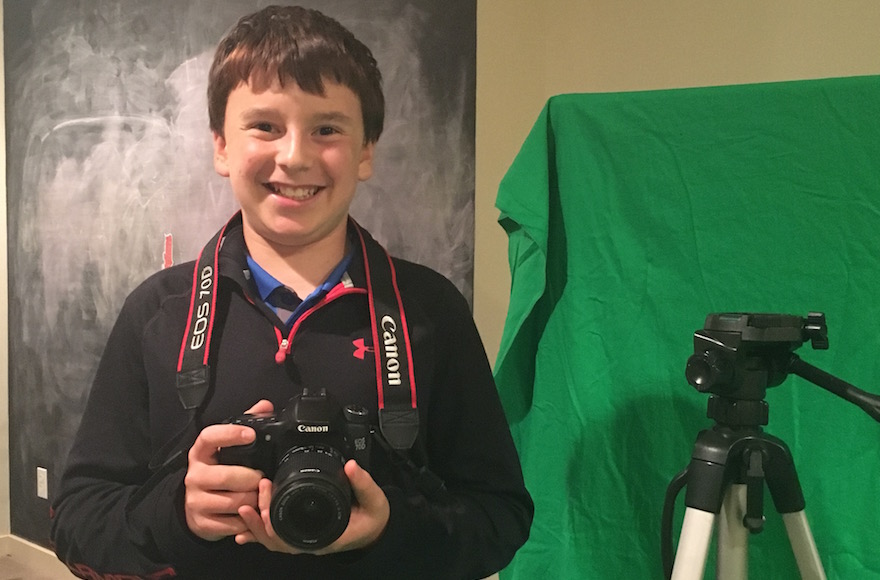 In third grade, Ryan Levine participated in an after-school workshop on filmmaking — and he’s been hooked ever since.

The 13-year-old loves getting together with his friends to act out their favorite scenes from “Star Wars,” and then editing the footage and adding on special effects.

“I like how you could be really creative, and I like doing technical things, using computers,” Levine said of his hobby.

So when it came time to decide on a philanthropic bar mitzvah project, a synagogue requirement, he decided to follow his passion — and go big.

No, he’s not making a documentary about a local soup kitchen or an endangered animal. Instead, Levine is hosting an international kids film festival in his hometown of Cleveland, Ohio. The 13-year-old first came up with the idea for the festival last year, but he decided to put it into action in time for his bar mitzvah — as such, the event is also a fundraiser to benefit research for Parkinson’s disease.

The “Kids Film It Festival” is a contest for young filmmakers, ages 8 to 18. Children from around the world submit short films for consideration, and those selected will be screened at the festival on Nov. 5, in Cleveland.

In addition to the medium — movies — the festival’s cause, Parkinson’s, hits close to home.

Nine years ago, the seventh-grader’s grandmother was diagnosed with the progressive neural disorder, which leads to a loss of movement control. 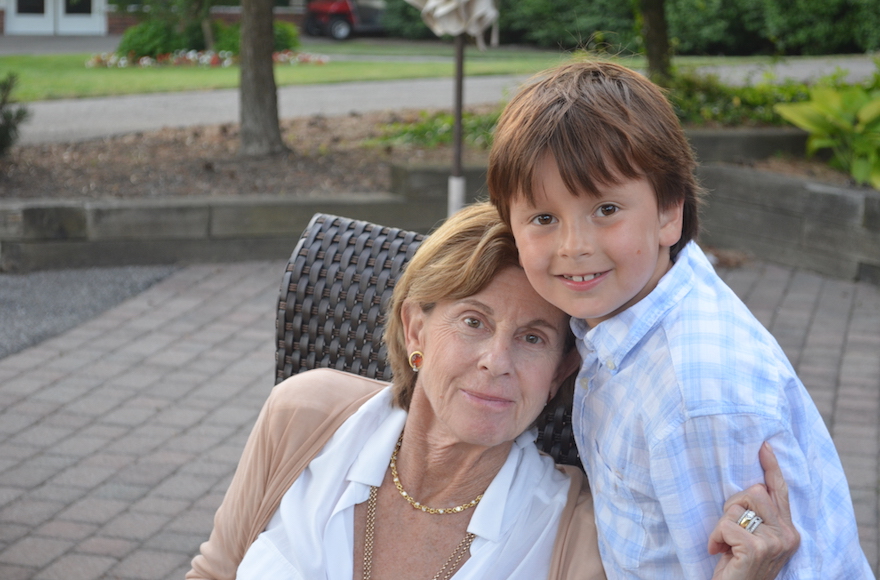 All money raised for the festival will be donated to the Michael J. Fox Foundation for Parkinson’s Research, an organization founded by the actor, who suffers from the disease.

With the aid of his mother, Lisa Bercu Levine, a sports media consultant, the 13-year-old approached national sports teams and asked if they would donate tickets and meet-and-greet opportunities. He then auctioned off the tickets and experiences, which included a meeting with baseball team Washington Nationals’ manager Dusty Baker and a post-game locker room tour with the Chicago Blackhawks hockey team.

So far, Levine has raised $8,800, and he’s hoping to reach his goal of $15,000 by the start of the festival, for which the submission deadline of Sept. 30 is approaching.

Over 25 children from around the world have sent in films, which will be judged by George Cheeks, President of NBC Late Night Programming and Business Operations, and Emmy Award-winning filmmaker Marc Buckland.

Cheeks and Buckland will pick the finalists, whose films will be screened in November.

“I’m really excited,” Levine said. “I’ve gotten to watch a lot of the films. It’s great to see everyone’s creativity, and how they use special effects.”

Still, there’s one thing Levine, who dreams of becoming a professional filmmaker, is missing out on: submitting a project of his own for consideration by the celebrity judges.

“I would, but since I’m running the film festival we decided it wouldn’t be right,” he said.