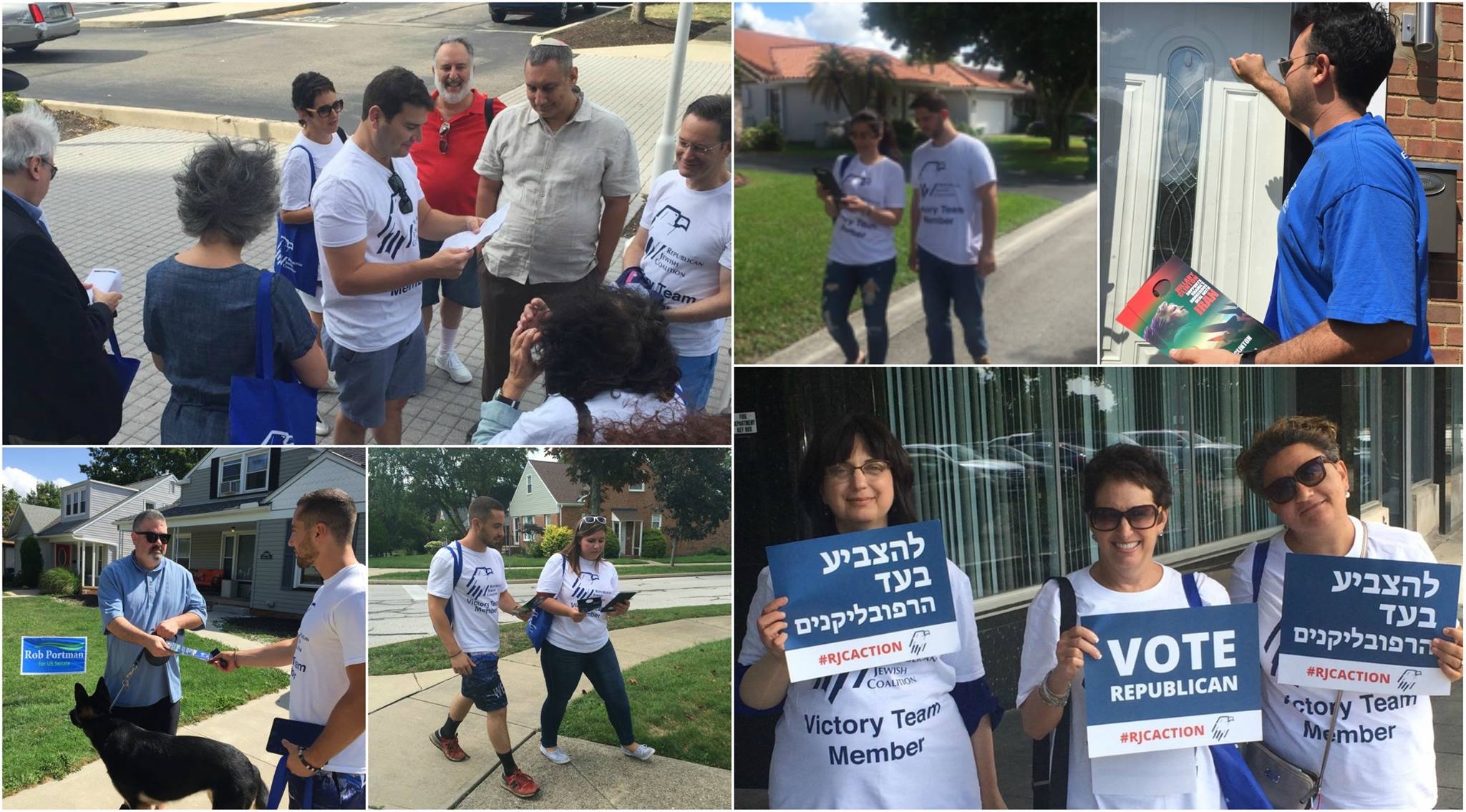 The Republican Jewish Coalition posted a collage of photos from its day of voter outreach on Sept. 11, 2016. (Facebook)

WASHINGTON (JTA) — The Republican Jewish Coalition said it reached 25,000 people on a day of campaigning in Jewish neighborhoods in swing states where incumbent Republican senators are at risk.

About 200 RJC volunteers sporting “RJC Victory Team” T-shirts spread out Sunday to go door to door in the suburbs of Philadelphia, Cleveland and Broward County in South Florida.

Incumbents Pat Toomey of Pennsylvania, Marco Rubio of Florida and Rob Portman of Ohio are in tough races in a year in which the polarizing Republican nominee, Donald Trump, is expected to adversely affect the Republicans’ down-ticket.

Leaflets distributed by the volunteers contrasted Democratic nominee Hillary Clinton’s role in shaping the deal exchanging Iran’s nuclear rollback for sanctions relief with the senators, who all voted against the deal and were vocal in opposing it.

With the the thousands from Sunday, an RJC official said the group has now reached 350,000 people through direct voter contact in the campaign, including through phone banks.

“Our first day of action was just the start of our fall effort, and we are excited to build on all of our work so far,” said Fred Brown, an RJC spokesman. “Our volunteers and staff will continue speaking to voters every day until the election, making it clear how dangerous a Clinton presidency would be for the United States and our allies.”