Yeshiva University pegs Ari Berman as its next president 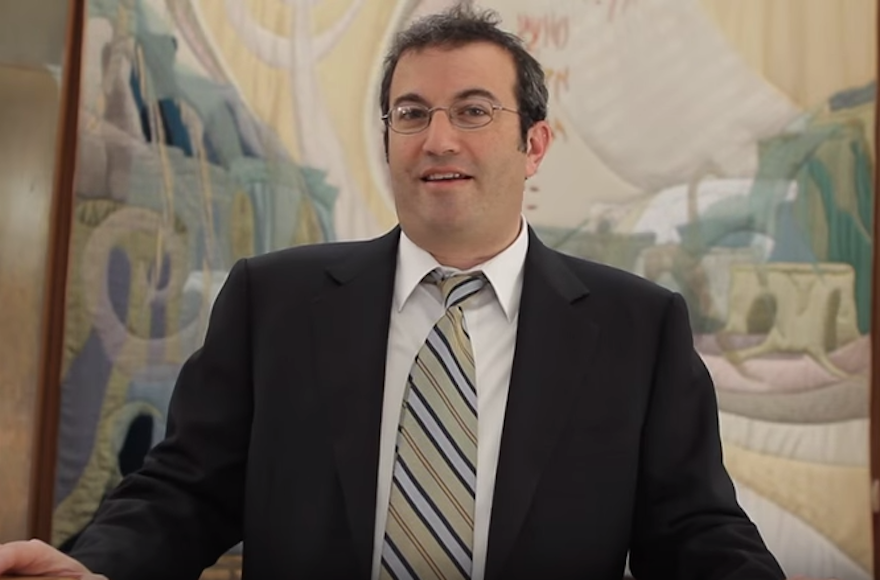 Ari Berman, a Yeshiva University graduate, is the choice to take over as president of his alma mater. (Screenshot from YouTube)

(JTA) — A  search committee has recommended Rabbi Ari Berman as the next president of Yeshiva University.

In an email sent Tuesday to members of the Y.U. community, the chairman of its board of trustees, Moshael Straus, said the search committee is “advancing the candidacy” of Berman to succeed Richard Joel.

“Over the coming weeks, Dr. Berman will meet with trustees, faculty and other key university stakeholders and acquaint himself with the University, after which it is anticipated his nomination will be forwarded to the Board of Trustees,” Straus wrote.

As JTA first reported Monday, Berman had emerged as the top candidate in a search that began with Joel’s announcement last September that he was stepping down in 2018 as president of the flagship institution of modern Orthodoxy.

Berman, a product of both Y.U.’s college and its affiliated rabbinical seminary, served for 14 years as a rabbi at The Jewish Center, a prominent modern Orthodox congregation on the Upper West Side of Manhattan, until immigrating to Israel in 2008. He taught Talmud at Y.U. beginning in 1998.

During his time in Israel, Berman earned a doctorate in Jewish thought at The Hebrew University in Jerusalem. He now serves as rosh hamerkaz, or head of the center, at Hechal Shlomo, The Jewish Heritage Center in Jerusalem. He is also an instructor at Herzog College, a teachers’ college in the West Bank settlement of Alon Shvut, outside Jerusalem.