Parents of soldier whose body held by Hamas travel to UN 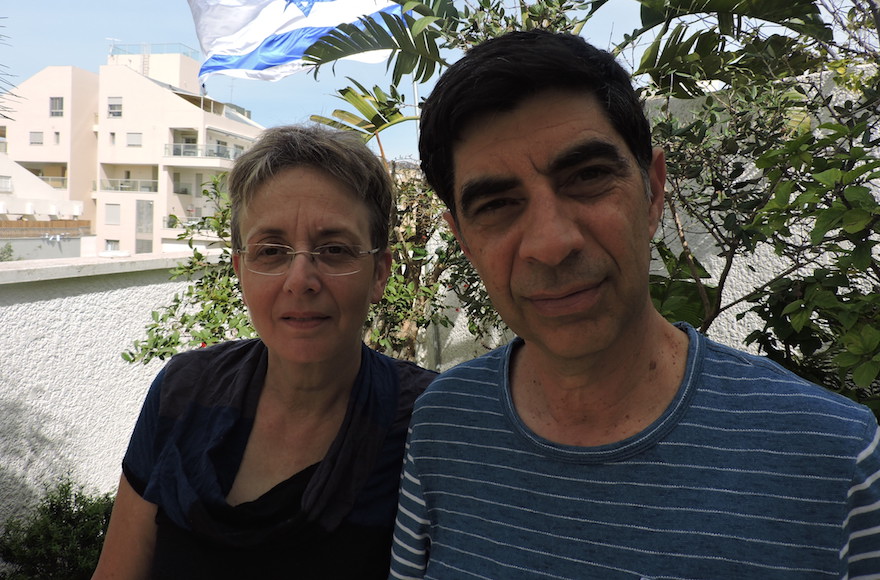 Simcha and Leah Goldin have embarked on a ceaseless campaign to retrieve the body of their son, Hadar, from Gaza. He was captured and killed in a clash at the southern end of the strip on Aug. 1 2014. (Ben Sales)
Advertisement

JERUSALEM (JTA) — The parents of Hadar Goldin, an Israeli soldier who was killed in Gaza during the 2014 war with Hamas, flew to New York to ask the United Nations to help bring home the body of their son from the strip.

Leah and Simcha Goldin of Kfar Saba left Israel on Tuesday and were scheduled to attend the opening on Wednesday of an exhibit of their son’s artwork.

Titled “The Final Peace” — for a misspelling by Goldin, a lieutenant, in one of his drawings — the exhibit is being held in a main exhibition area of U.N. headquarters. It will remain up throughout the U.N.’s General Assembly attended by world leaders.

The Goldin family decided to hold the exhibit after a curator who visited them during the shiva week saw the drawings and was impressed by Hadar Goldin’s artwork.

The family previously held an exhibit of his artwork on the first anniversary of the 2014 Gaza war at the Ein Hod artists’ village in northern Israel.

Goldin’s unit was attacked during a failed cease-fire initiated by the United Nations. He was killed and his remains are held by Hamas. The Israeli army was able to recover enough of Goldin’s body to declare him dead.

The family held a funeral, and since then has engaged in a campaign to return the rest of his remains. The Goldins have traveled to the United States three times to lobby for the return of their son’s body. They met with U.N. Secretary-General Ban Ki-moon when he visited Israel in June.

Hamas also holds the remains of Israeli soldier Oron Shaul, who was also killed in the Gaza war.

While in New York the Goldins will meet with Israeli officials, Jewish-American officials and others.

Israel’s chief negotiator, Lior Lotan, told a security conference on Tuesday that Hamas rejected an Israeli offer to free 18 Palestinians prisoners and turn over the bodies of 19 other Palestinian combatants from the Gaza war in exchange for the bodies of Goldin and Shaul.

Hamas on Wednesday denied that there had been any meaningful discussions on a swap deal.