Netanyahu accuses critics of US aid deal of ‘ingratitude’ 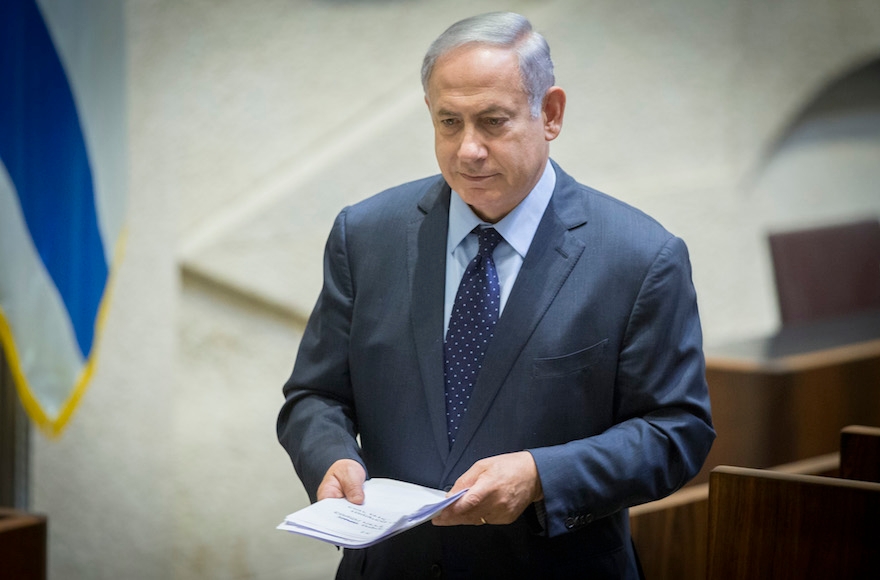 At the start of the weekly Cabinet meeting, Netanyahu thanked President Barak Obama, the Congress and the American people.

“I hear all kinds of background noise and disinformation about the agreement. I would like to make it clear: We were never offered more. We were not offered more money, not even one dollar, and we were never offered special technologies. These are distortions and fabrications of interested parties; either they do not have the facts or they are distorting the facts, and they are, of course, showing ingratitude, and in my view this is the saddest thing of all, ingratitude to our greatest and best friend, the United States.”

Netanyahu called the deal “the largest assistance agreement that the United States has ever provided to any country in its history.”

Israel and the U.S. signed the 10-year memorandum of understanding on Wednesday. The agreement increased assistance for Israel over the deal signed in 2007 under the George W. Bush administration, which guaranteed Israel $31 billion by 2017.

Sen. Lindsey Graham, who oversees the U.S. foreign aid budget, on Friday told a conference call arranged by the Jewish Institute for National Security Affairs that Israel made a mistake by signing the agreement with the Obama administration, saying that a new U.S. president would have been more generous.

Meanwhile, The Times of Israel quoted an unnamed senior American official as saying Saturday that the bad blood between the Obama administration and the Netanyahu government may have lowered the amount of assistance Israel received in the new deal.

“I can’t say what would have happened if. I don’t know that alternate future,” the unnamed official, said to be familiar with the negotiations, told the Israeli news website. “You can certainly say that the period [of the Iran deal controversy between the two governments] was difficult, and [poisoned] the atmosphere not only in policy but also between people. Atmosphere can affect results – maybe.”