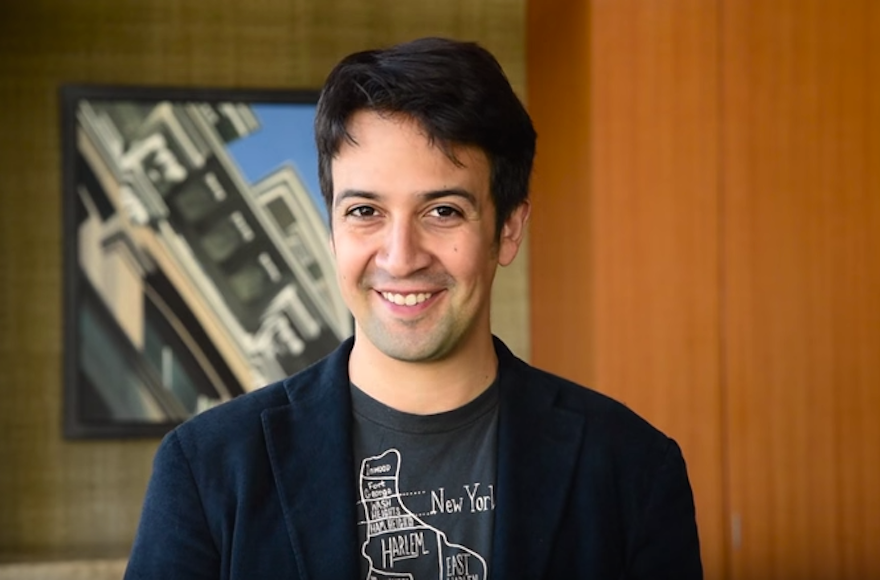 It’s a question thousands of fans are undoubtedly asking themselves: What is Lin-Manuel Miranda, creator and star of the hip-hop musical “Hamilton,” up to now that he has left the insanely successful production? Could he be writing another biographical smash hit?

The answer may be surprising. In the short term, at least, he’s partnering up with a New York Jewish institution: Yeshiva University.

In addition to starring in a show that earned a record-setting 16 Tony nominations, Miranda can now also add Y.U.’s latest fundraising video to his resume. He narrates and appears in a video focused on the school’s 2016 Day of Giving slated for Sept. 20 and 21.

“Yeshiva University is a radiating force that is shaping our world,” Miranda says over footage of famous Jews, like Joe Lieberman and Alan Dershowitz, who have connections to the school.

But Miranda, who is Puerto Rican and not Jewish, has connections to the school, too. He grew up in Washington Heights — where the main Y.U. campus is located, and which served as the setting for his first hit, “In the Heights” — and his mother is an assistant professor at the Albert Einstein College of Medicine (which was, until earlier this year, part of Y.U.). Miranda has given guest lectures there and was given an honorary doctorate from the school in 2009, when he was 29  — making him the youngest ever to receive that honor from the university.

Of course, growing up in Washington Heights left him with plenty of Jewish connections outside of Y.U. He has previously said that all of his elementary school friends were Jewish and that he paid his rent before making it big by performing at bar mitzvahs. Then there’s his love for “Fiddler on the Roof,” which he has said heavily influenced “In the Heights.” He even surprised his wife at their wedding by singing “To Life (L’Chaim),” an upbeat tune from “Fiddler.”

“That’s what will be my real legacy,” Miranda said of his wedding stunt last year on CBS Sunday Morning. “It’s one of the things I’m proudest of in my life.”

So you never know, here’s to hoping his next musical is based on famous Jews.