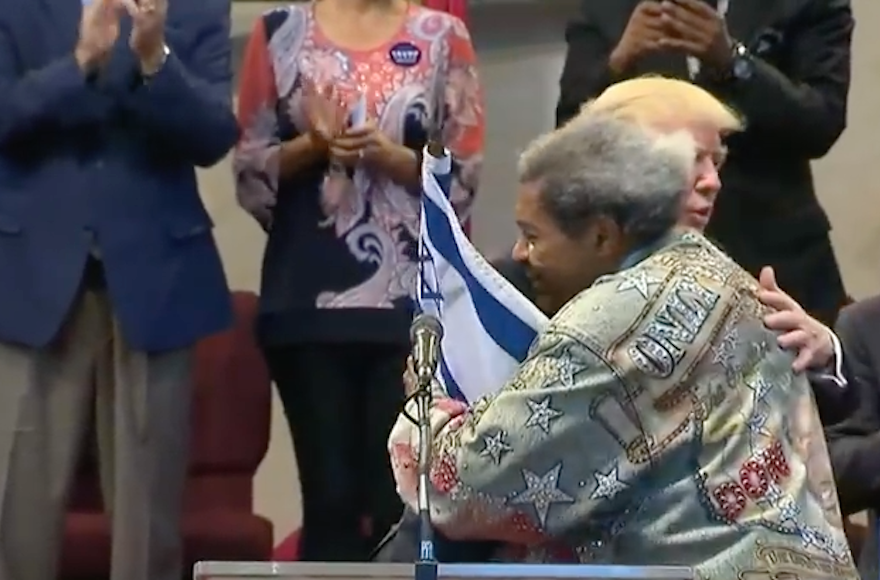 Boxing promoter Don King’s speech at a campaign event for Donald Trump caused a stir, with most of the attention understandably focused on the fact that the boxing promoter used the N-word.

We also found ourselves wondering why, as he spoke, a rolled-up Israeli flag sat prominently on the lectern.

During Wednesday’s speech in Cleveland Heights, Ohio, King, who is African American, was reminiscing about the late pop star Michael Jackson when he seemed to have a slip of the tongue and uttered the N-word.  The New York Times called King’s speech “bizarre” and said the promoter — who was convicted of second-degree manslaughter in 1966 and was twice tried and acquitted on insurance fraud charges — was a “remarkable choice” to represent Trump. 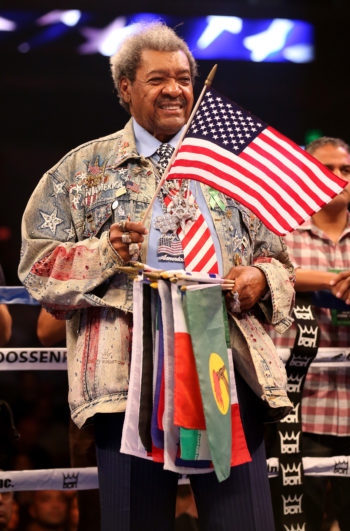 At the end of the speech, King picked up and waved several flags, including Israeli and American ones and a banner with Trump’s face.

It is not entirely clear why King decided to bring along the Israeli flag, but research reveals the boxing promoter is both a fan of the Jewish state — and flags in general.

“I love Israel and I love the Jewish people,” King told the Jerusalem Post in 2008, adding that African Americans “should try to emulate and imitate the saga of the Jewish struggle.”

Photos also show King gleefully waving flags at a variety of events, for no apparent reason. A King impersonator even seems to have caught on.

So while many were understandably shocked at King’s use of an offensive racial epithet, the fact that he brought an Israeli flag barely raised any eyebrows — or in other words  — red flags.