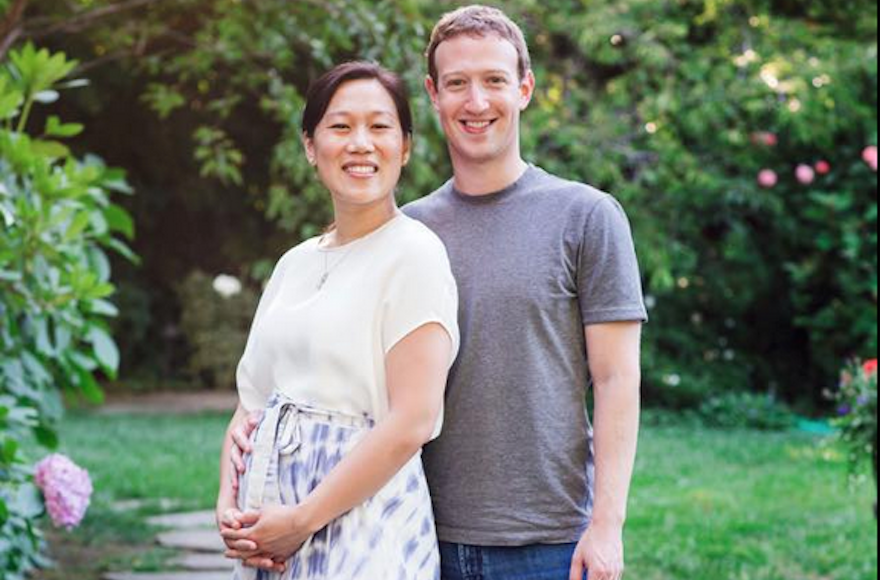 (JTA) — Facebook CEO Mark Zuckerberg and his wife, Priscilla Chan, said they will invest billions of dollars to “help cure, prevent and manage all diseases.”

The announcement came Wednesday at an event in San Francisco.

“We’re going to focus on bringing scientists and engineers together to build new tools that can empower the whole scientific community to make breakthroughs on the four major disease categories,” Zuckerberg said in a statement about the initiative on his Facebook page.

As part of the plan, the initiative will create a bioscience research center called the Biohub, to which the couple through their charitable foundation will donate $600 million over the next decade. The initiative also will work to develop a chip to diagnose diseases, and ways to monitor the bloodstream continuously and map cell types in the body, Zuckerberg said.

“After years of learning about these problems, talking to top scientists and experts, reading everything we could get our hands on, and getting into the math of how science is funded, we are optimistic that it is possible to cure, prevent or manage all disease in our children’s lifetime,” his statement said. “If we can bring scientists and engineers together to build the right tools, then we can accelerate breakthroughs on the major diseases, and we can continue until there are no more left.”

Zuckerberg added that it is a “long-term effort” and will take the investment of billions of dollars over decades.

Among those praising the couple in comments on Zuckerberg’s Facebook page were Arnold Schwarzenegger, Melinda Gates and Deepak Chopra.

Late last year, Zuckerberg and Chan pledged to give away 99 percent of their Facebook shares “during our lives” to charity. The pledge, then worth approximately $45 billion, came in a Facebook post on Dec. 1, 2015, announcing the birth of their daughter, Max.