Obama and Netanyahu spar on settlements in final meeting 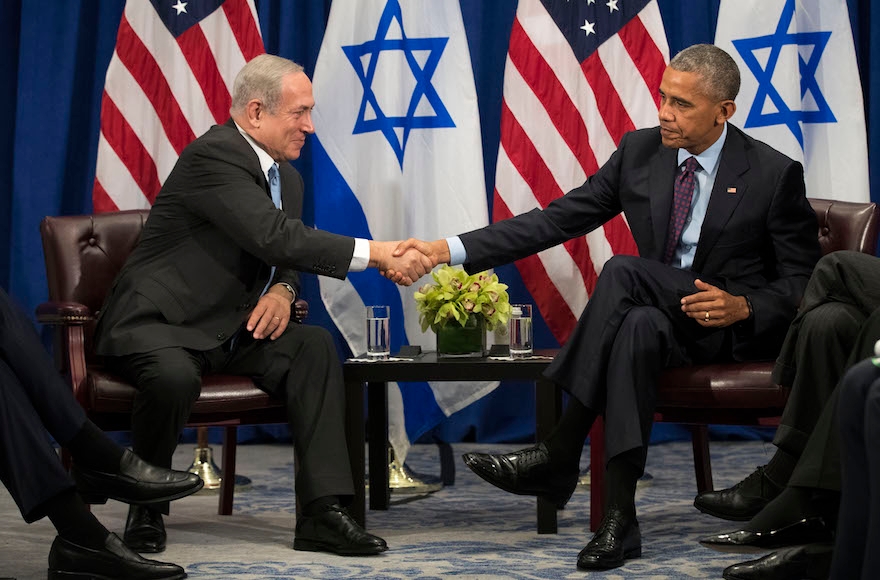 The meeting on Wednesday — a half-hour, U.S. officials said, longer according to the Israelis — took place at a Manhattan hotel on the sidelines of the United Nations General Assembly. It is likely to be the final one between the two men as leaders of their countries with Obama leaving office in January.

An unnamed senior American official told the Israeli daily Haaretz that during the meeting, Obama raised “profound U.S. concerns about the corrosive effect that settlement activity, that is continuing when the occupation enters its 50th year, is having on the prospects of two-states solution.”

Netanyahu pushed back, the official said, according to the Haaretz newspaper.

“They’ve never papered over their differences,” the Israeli daily quoted the official as saying.

Obama had expressed concern about building in the settlements during opening remarks to reporters, saying “We need to keep alive the possibility of a stable, secure Israel at peace with its neighbors, and a Palestinian homeland that meets the aspirations of their people.”

An unnamed senior Israeli official told journalists that the settlements issue was not the main topic of conversation at the meeting, which he said lasted longer than the half-hour claimed by U.S. officials. He also called the meeting “positive” and described a “mellowing” in the storied stormy relationship between the two men, according to reports.

The issue of Obama bringing a resolution in the waning days of his presidency to the United Nations Security Council on making peace between Israel and the Palestinians was not discussed, but was “the elephant in the room,” the Israeli official said.

Most of the meeting was devoted to security and intelligence, the Israeli said, including discussing Syria and Iran.

“We agree on almost everything. We coordinate on more things than people think,” the Israeli said.

The Israeli official also said that Netanyahu was willing to meet with the major party presidential candidates, Hillary Clinton and Donald Trump, but acknowledged that neither campaign had requested a meeting.

Netanyahu will address the General Assembly on Thursday.