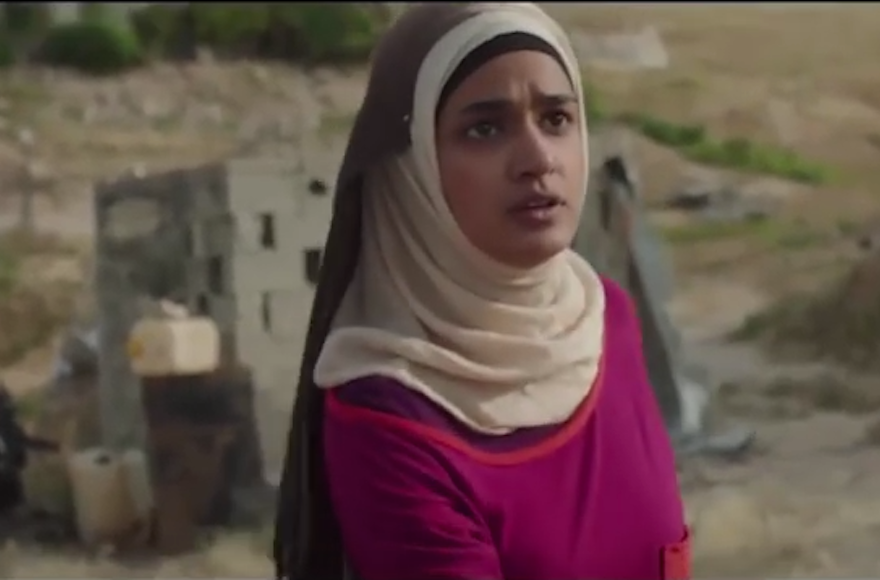 A scene from "Sand Storm." (Screenshot from YouTube)
Advertisement

(JTA) — For the first time, Israel has selected a film entirely in Arabic to represent the country at the Academy Awards.

“Sand Storm” won six Ophir Awards — Israel’s equivalent of the Oscars given out by the Israeli Academy of Film and Television — on Thursday, including for best film. The winner of the best film award is entered as Israel’s submission for the foreign film award at the next year’s Oscars.

A family drama set in the Bedouin community — a largely poor and often marginalized subset of the Israeli population — “Sand Storm” is the feature debut for Elite Zexer, a Jewish Israeli. At this year’s Sundance Film Festival, it won the Grand Jury Prize in the World Cinema Dramatic section.

Miri Regev, Israel’s minister of culture and sport, caused a stir at the Ophir Awards show in Ashdod, walking out in protest while Arab-Israeli rapper Tamer Nafar performed a poem by the late Palestinian poet Mahmoud Darwish. Regev returned to present the best film award and was loudly booed.

“I have a lot of tolerance for the ‘other,’ but I have no tolerance for Darwish and anyone who wants to eliminate Israel,” Regev said.

“Sand Storm” will be released in the United States on Wednesday, starting at New York City’s Film Forum.

Israeli films have been nominated for the best foreign film Oscar 10 times but have never won the award.