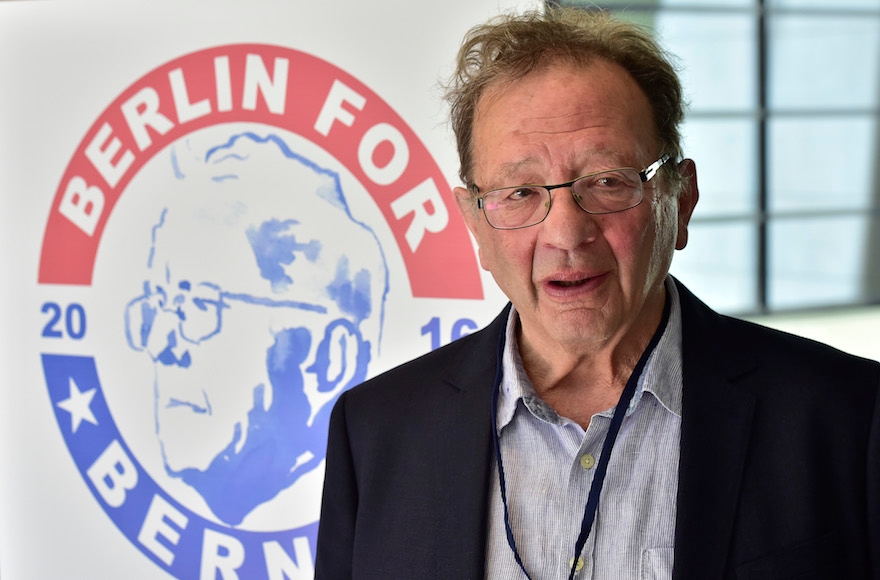 (JTA) — The brother of former Democratic presidential candidate Bernie Sanders is running for the Parliament in Britain.

Larry Sanders, 81, is running as the Green Party candidate for the seat being vacated by former Prime Minister David Cameron, who has held it for the Witney constituency in Oxfordshire in southern England since 2001.

Cameron resigned as prime minister in July, and announced earlier this month that he would leave the Parliament as well.

The election is scheduled for Oct. 20. The main issue of his campaign is expected to be privatizing Britain’s national health care service.

Larry Sanders, who was born in in the Brooklyn borough of New York City, has lived in Oxford since 1969, and taught at Oxford University in the department of social administration.

He was active in politics in the Labour Party, which he left in 2001, saying it had moved too far to the right. He then joined the Green Party. He currently serves as health spokesman for the party.

Sanders was a delegate to this year’s Democratic National Convention representing Democrats Abroad, where he spoke about his brother and cast his vote for him.