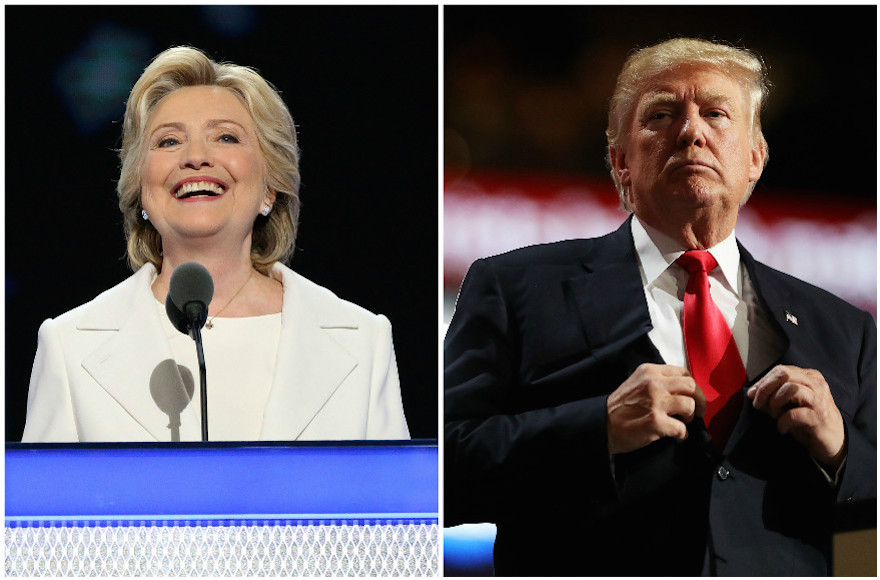 There are two more coming, on Oct. 9 and Oct. 19, and a debate between their running mates, Indiana Gov. Mike Pence and Sen. Tim Kaine, D-Va., will take place Oct. 4.

There’s been a lot of what-iffing among the punditry ahead of the first debate, expected to be the most watched at least since 1980, when Ronald Reagan and Jimmy Carter faced off: Will Trump fudge the facts? Will the moderator, NBC anchor Lester Holt, call him out if he does? Will CLinton appeal to undecided millennials? How personal will it get – will Trump mention Bill Clinton’s infidelities, and will Hillary Clinton counter with Trump’s?

Here are some things we’ll be watching for:

Both nominees met Sunday, a day before the debate, with Benjamin Netanyahu, the Israeli prime minister. Each has a long history with Netanyahu, peppered with sweet notes and sour.

Clinton clashed with Netanyahu when she was secretary of state, most notably dressing him down for 45 minutes after Vice President Joe Biden was humiliated by an announcement of new building in Jerusalem during what was to have been a make-nice visit in 2010.

But in her autobiographies, Clinton has avoided the sharp criticism that other Netanyahu interlocutors have indulged, casting her disputes with Netanyahu not in personal terms, but as two leaders protecting national interests. She says she can work with him.

Trump cut an ad for Netanyahu prior to the 2013 Israeli elections. Netanyahu returned the favor by making clear last December that no, Trump would not be welcome in Israel after the candidate delivered one-too-many anti-Muslim broadsides.

It’s all handshaking now, so watch for explanatory sentences beginning “My friend Bibi,” and expect a few digs.

Netanyahu agreed to meet Trump at the nominee’s residence in Trump Tower. Clinton’s HQ is just across the east River, in Brooklyn, but Netanyahu met with her in his hotel room. Does Trump, subtly or not so, point this out, as in “When my friend Bibi was in my living room yesterday….”

Clinton has repeatedly and forcefully embraced the alliance, particularly U.S. defense assistance to Israel. Trump in March – just hours ahead of his speech to the American Israel Public Affairs Committee – said he would consider making Israel pay for its defense assistance.

On Sunday, for the first time, he embraced defense assistance as a sound “investment” for the United States, but Clinton still has an opening for a “Johnny come lately” jab at her rival.

Iran, Iran so far away

In her statement after meeting Netanyahu, Clinton pledged to enforce last year’s nuclear deal that traded sanctions relief for Iran’s agreement to limit its uranium enrichment to civilian use.

Netanyahu hates the deal, and so does Trump, who says he will renegotiate it. But after Sunday’s meeting, Trump would only say he and Netanyahu discussed the deal at length.

That was an intriguing missed opportunity to bash Clinton, who helped shape the sanctions that led to the deal. Has Netanyahu, who has made it clear he wants to patch up tensions with Democrats, asked Trump to tone down the Iran rhetoric? Additionally, Trump has gone so far to predict that if he is not elected, the deal will destroy Israel — and as much as Israelis dislike the deal, they dislike predictions of their imminent demise even more. Speakers at this weekend’s Israeli-American Council conference said, to great applause, that Iran did not pose an existential threat to Israel.

Trump – or whoever writes his releases – held back after the meeting with Netanyahu. Will the nominee be so circumspect at the debates?

Don’t fence us in, Donald

Many Israelis are less than happy with Donald Trump’s repeated invocation of Israeli practices to justify his more controversial proposals, like building a wall on the Mexican border, or profiling Muslims. Israeli and pro-Israel officials say Trump mistakes complex efforts to weed out potential violent offenders for blanket discrimination against a religion or race. And for every Israel supporter who feels such comparisons show that Trump speaks to their world view, there are Israelis who don’t think it’s helpful to, say, compare Israel’s security barrior, meant to halt incursions by terrorists, with a border wall that has been criticized as a symbol of intolerance and fear-mongering.

The alt-right is not so all right

Clinton last month delivered a speech tying Trump to the “alt-right,” the movement that has emerged from, among other trends, white supremacy. Among the sins she accused Trump of was retweeting anti-Semitic memes created by the alt-right, and thus mainstreaming their bigotry. Trump has said he is not responsible for the endorsements of the likes of former Ku Klux Klan Grand Wizard David Duke.

Will Clinton bring up Trump’s tweeting an image of her photoshopped onto a six-pointed star and a pile of cash, originating on alt-right social media and widely denounced as anti-Semitic? Trump’s campaign amended the image to replace the star with a circle. Trump was furious and said he was prepared to defend the use off the star as a sheriff’s badge, not a Star of David. Does he go there at the debates?

At least one debate traditionally wraps up with the moderator asking the nominees to say something nice about each other. And usually, a nominee will cite his opponent’s parenting skills.

If Trump and Clinton agree to play nice – and it’s a big if, considering how bitter the election season has been – a nod to good parenting is the likeliest scenario, because their daughters, Ivanka Trump and Chelsea Clinton, are good buddies.

In that case, there may be a Jewish component in whatever brief moment of mutual affection Donald Trump and Hillary Clinton share. Ivanka and her husband, Jared Kushner, are Jewish, and so is Chelsea’s husband, Marc Mezvinsky.