US, Jewish security officials urge business as usual for the High Holidays 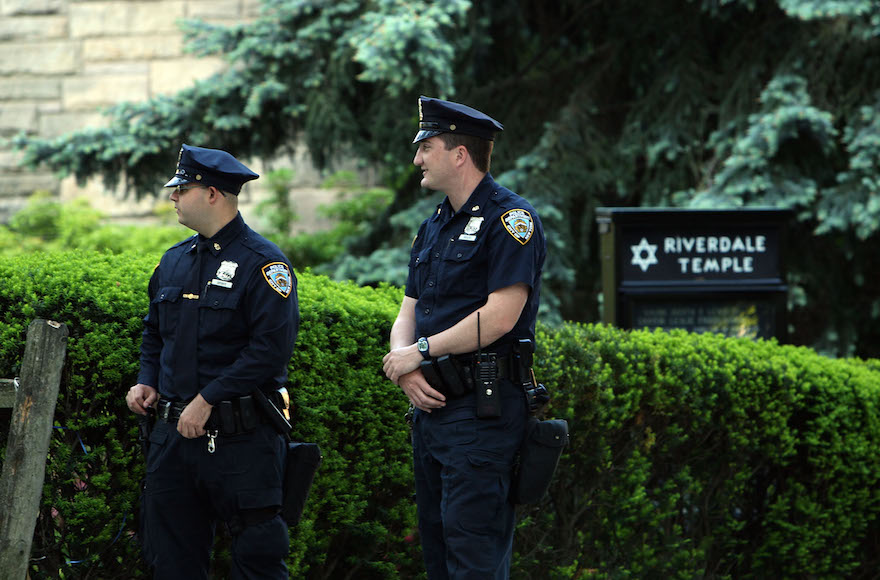 WASHINGTON (JTA) – In a pre-Rosh Hashanah briefing, Jewish community and U.S. security officials urged Jewish institutions to be resilient and keep up morale in the face of terrorist threats.

Hundreds of officials from more than 100 institutions across the country participated in the conference call on Friday. Speakers included Paul Goldenberg, the director of Secure Community Network, the security arm of the Jewish Federations of North America, and a top Department of Homeland Security official whose identity SCN declined to reveal to the media.

The speakers briefed listeners on recent terrorist attacks, including last week’s series of bombings in the New York-New Jersey area believed to have been carried out by an Afghani-American man. One of the bombs injured 29 people.

In addition to reviewing security procedures, including training staff on how to deal with active shooters, and establishing relationships with local police, Goldenberg emphasized that U.S. Jewish institutions should continue business as usual and keep security unobtrusive, so it does not hinder High Holidays worship.

“We have come to learn that the goal of terrorists is to wear down our citizens’ spirits and endurance, destroying national morale,” he said, while urging the officials to remain vigilant and alert to any threat.

Goldenberg said on the call that the barricades placed around Jewish worship in Europe have created a psychology of being under siege.

One key, Goldenberg said, was for the public not to panic or demand drastic changes in national policies.

Terrorists “recognize that if their attacks cause large-scale mobilization of the public to put pressure on their governments to change policies or positions, they could indeed enjoy agenda-setting powers over a democratic society,” he told the call.