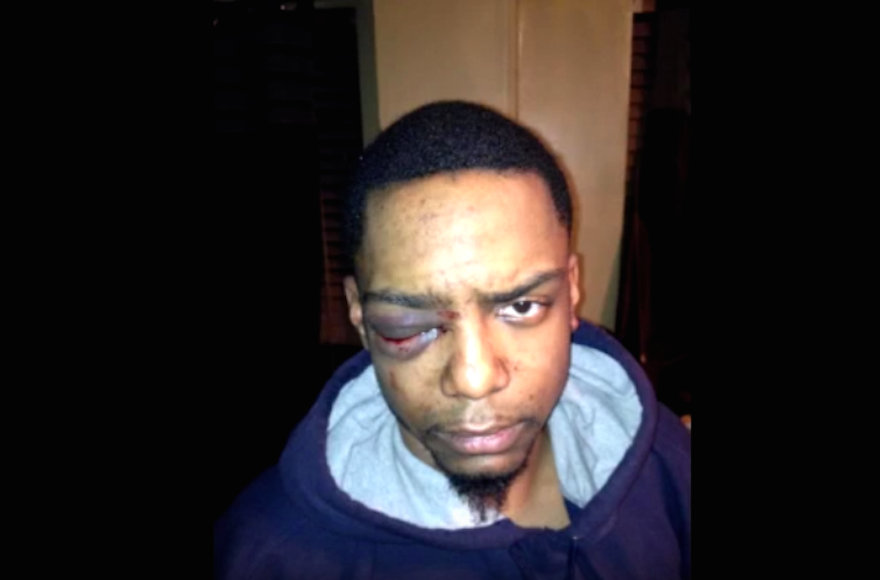 (JTA) — A Hasidic Jewish man was found guilty in the beating of a gay black man.

Mayer Herskovic, 23, was found guilty of second-degree gang assault, unlawful imprisonment and menacing charges on Friday by a Brooklyn State Supreme Court Justice Danny Chun. Herskovic, who had opted for a bench trial, will be sentenced in November and is facing 3 1/2 to 15 years in prison.

He was one of five Hasidic men indicted in the December 2013 assault in the Brooklyn neighborhood of Williamsburg that left the victim, Taj Patterson, blind in one eye. Williamsburg has a large haredi Orthodox population.

On Monday morning, Herskovic’s bail was tripled to $150,000. He spent a half hour in a Brooklyn holding cell afterward before his release, according to the New York Daily News.

Of the four other alleged assailants, two had the charges dropped and two others — Pinchas Braver and Abraham Winkler — pleaded guilty to downgraded charges in August. Braver and Winkler were required to pay Patterson $1,400 in restitution and perform 150 hours of community service in a “culturally diverse” neighborhood.

Herskovic and the other attackers surrounded Patterson as he walked home from a friend’s birthday in Williamsburg on Dec. 1, 2013, according to trial testimony.

In June, Patterson sued the New York Police Department and New York City in federal court, claiming they improperly favored the Shomrim, the Orthodox security patrol to which some of the five alleged assailants belonged, and at the patrol’s request prematurely closed the investigation of the assault.