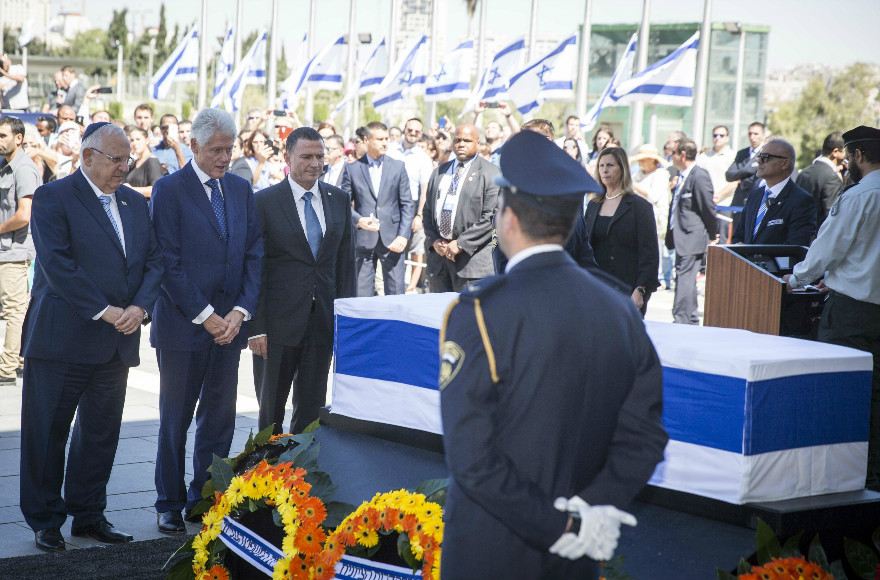 JERUSALEM (JTA) — Former President Bill Clinton joined throngs of Israelis who came to the Knesset to pay their final respects to Shimon Peres.

Clinton arrived in Israel on Thursday morning and asked to be taken directly to view the casket of Israel’s ninth president lying in state at the Knesset all day. The funeral is scheduled for Friday morning.

Thousands of Israelis are expected to view the casket.

Peres died early Wednesday at 93, two weeks after suffering a massive stroke. It was under the auspices of the Clinton administration that Peres, the late Israeli Prime Minister Yitzhak Rabin and the late Palestinian leader Yasser Arafat reached the Oslo peace accords in 1993, for which the trio shared the Nobel Peace Prize.

Some 80 world leaders are expected to arrive in Israel for the funeral.