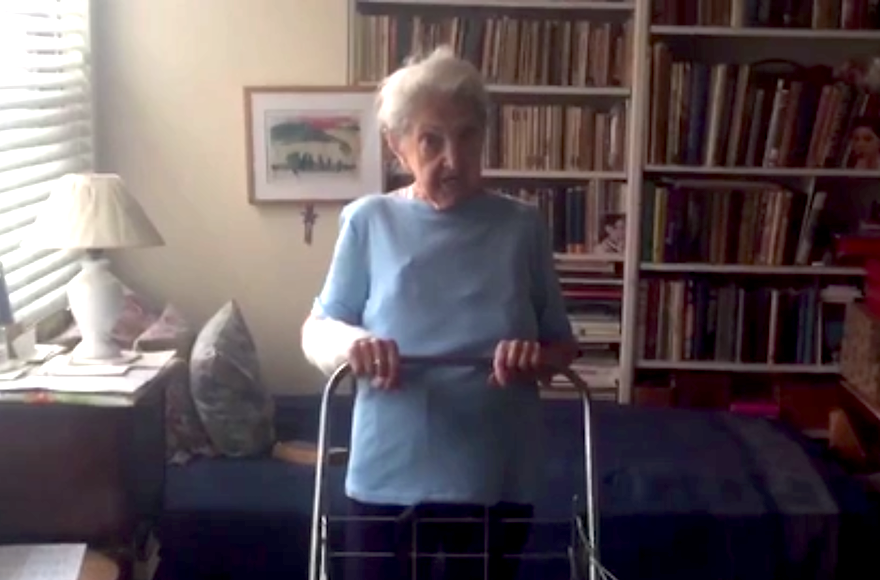 Don’t mess with this bubbe.

Gina Zuckerman, a 90-year-old Holocaust survivor from Poland, was pushing her shopping cart near New York’s Washington Square Park on Tuesday when she was jumped by a large woman. The attacker, who was trying to steal her purse, dug her nails deeply into Zuckerman’s arm, causing her to bleed and bruising her.

The assailant tried to convince passers-by that she was Zuckerman’s aide, and the nonagenarian was eventually thrown to the ground, according to reports in DNAinfo and The New York Post.

But Zuckerman didn’t give in. She escaped — purse and all.

“I wouldn’t give it to her. I fought her off. I was stronger than her,” she told the Post. “No woman is going to attack me!”

She only had $10 in her purse and said she would have given the woman five of them if she “needed it badly.”

Of course, Zuckerman has been tough for a long time. After the Nazis invaded her home country in 1939, she spent six years in a German labor camp. She has lived in New York for the past 60 years, currently in a studio apartment in the Chelsea neighborhood. She worked in the advertising industry for 28 years as a Girl Friday, as she called it.

“In those days, it was called a Girl Friday — a girl who had to have answers to everything, know everything,” she told DNAinfo.

At the hospital, Zuckerman needed five stitches and a tetanus shot.

“I have a pacemaker!” she added. “Can you imagine, I didn’t faint!”

Her secret tip for staying strong? Dancing and gymnastics, which she used to practice back in the day.