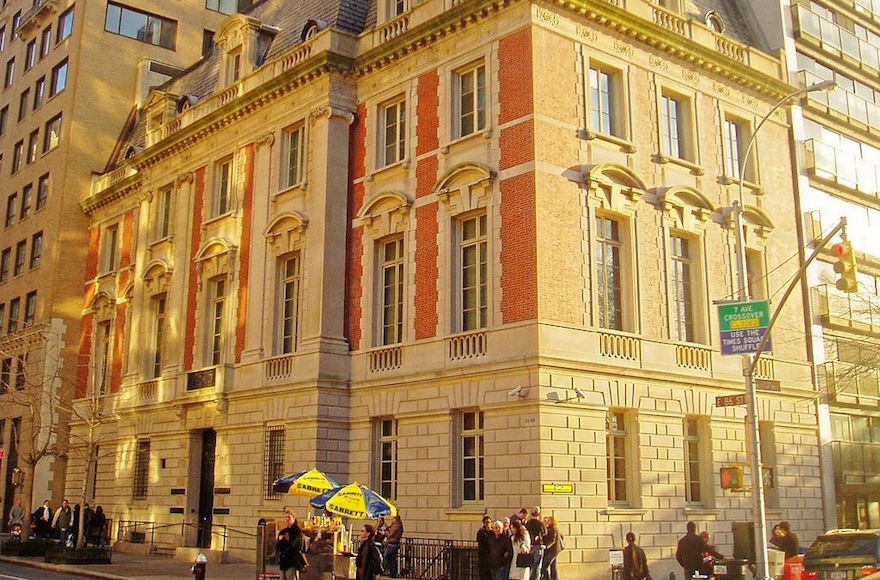 NEW YORK (JTA) — A New York art museum returned, and subsequently bought back, a painting taken from the widow of a Jewish art collector when she fled Nazi Germany.

The Neue Galerie, which specializes in Austrian and German art from 1890 to 1940, said it paid the painting’s market value price to the heirs of Alfred and Tekla Hess, The New York Times reported.

It did not specify the specific price for “Nude,” but other works by the artist, Karl Schmidt-Rottluff, have been sold for over $1 million, according to the Times.

The painting originally belonged to Alfred Hess and disappeared from storage in 1939, after his death, when his widow fled with her son to England.

In 1994, it reappeared at a Berlin auction house, from which the Neue Galerie bought it in 1999.

The Neue Galerie was founded by Jewish leader Ronald Lauder, who is active in the movement to return Nazi-looted artworks to their original owners, and prominent art dealer Serge Sabarsky.