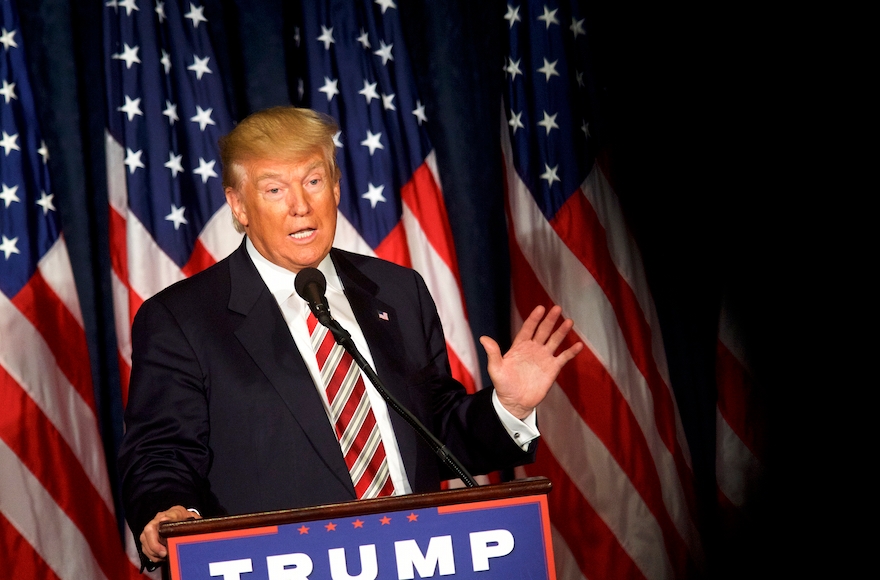 WASHINGTON (JTA) — Donald Trump’s joke at a rally, in which he singled out people who were not Christian conservatives, was “unacceptable,” said a top Reform rabbi.

“Raise your hand if you’re not a Christian conservative,” Trump said at a Sept. 28 rally in Council Bluffs, Iowa, after assessing that the crowd was overwhelmingly Christian conservative. “I want to see this, right. Oh, there’s a couple people, that’s all right. I think we’ll keep them. Should we keep them in the room? Yes? I think so.”

Iowa is competitive for the Republican nominee, and he hopes to turn out the state’s religious conservatives to defeat Hillary Clinton, the Democratic nominee for president. Ribbing his followers is part of Trump’s campaigning routine.

Rabbi Jonah Pesner, the director of the Reform movement’s Religious Action Center, said in a statement that even as a joke, Trump’s remarks were unacceptable, and linked the joke to Trump’s broadsides against Muslims.

“Singling out people in a crowd at a political rally, based on their faith or lack of faith, even as a joke, is unacceptable,” Pesner said.

“This should go without saying in the United States in 2016, but it evidently does not,” he said. “A candidate who has called for banning refugees based on their religious beliefs and increasing surveillance at houses of worship has established a pattern of intolerance and scapegoating. America was founded on the ideal of religious freedom.”