For celebs like Donald Trump and Lena Dunham, ‘sorry’ may be the hardest word 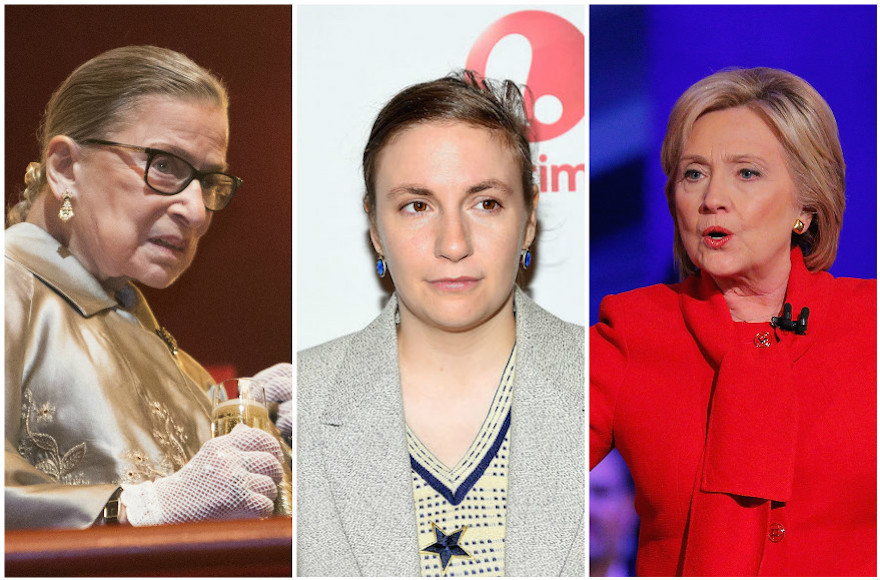 WASHINGTON (JTA) – Yom Kippur, despite its solemnity and self-abnegation, seems almost anti-climactic if you’ve spent the 10 days since Rosh Hashanah engaging in person-to-person apologies. We would never admit it to non-Jewish friends, who stand in awe of our 25-hour fast, but Yom Kippur is a dodge, an easy pass: You read from a list, slam your chest — and it’s done.

Really, it’s the Days of Awe — the period that starts with Rosh Hashanah and ends with Yom Kippur, during which we are commanded to personally ask forgiveness from those against whom we have sinned — that truly are, well, awful.

We ran the word “apology” through the JTA search engine – which, by the way, you should try. The results are endless. It turns out the Jewish wire is also the apology wire (go figure).

Still, in looking at the results, we found several notable apologies over the past year, from Donald Trump to Lena Dunham.

But just how good were these public apologies? We took a closer look at them and examined how they hew to CONFESS, the seven steps to a proper Days of Awe apology – not to God, but to your fellows – that our sister site, My Jewish Learning, posted in 2009:

In the following five instances, these high-profile folk all fell short of the mark. But good news: It’s not Yom Kippur yet, so there’s still time to make things right.

Trump’s apology, delivered Aug. 19 in Charlotte, North Carolina, is about … well, nothing specific.

“Sometimes, in the heat of debate and speaking on a multitude of issues, you don’t choose the right words or you say the wrong thing. I have done that. And believe it or not, I regret it,” he said. “And I do regret it, particularly where it may have caused personal pain. Too much is at stake for us to be consumed with these issues.”

Trump prefaces with an excuse about the “heat” of debate. He offers an apology and acknowledges causing pain. He simultaneously appears to value the relationship — “too much is at stake” — but uses the relationship to cut off the apology.

And he’s not interested in making up for it. He’s also not asking to be forgiven — that’s partially because he won’t say who deserves the apology. (The suggestions are seemingly endless: Barack Obama, Ted Cruz, Megyn Kelly, Mexicans, women, Muslims, Jews, the Khans?)

As for making up for it and “never again,” here he is, at a Sept. 16 news conference, on his lead role in advancing the false theory that President Obama was not born in the United States. It’s annotated:

“Hillary Clinton and her campaign of 2008 started the birther controversy.” (They did not.) “I finished it, I finished it, you know what I mean.” (He did not — and we don’t know what he means.) “President Barack Obama was born in the United States, period, now we all want to get back to making America strong and great again.” (Well, yeah.)

Trump may have mastered the “The Art of the Deal,” but clearly his apologies are lacking. 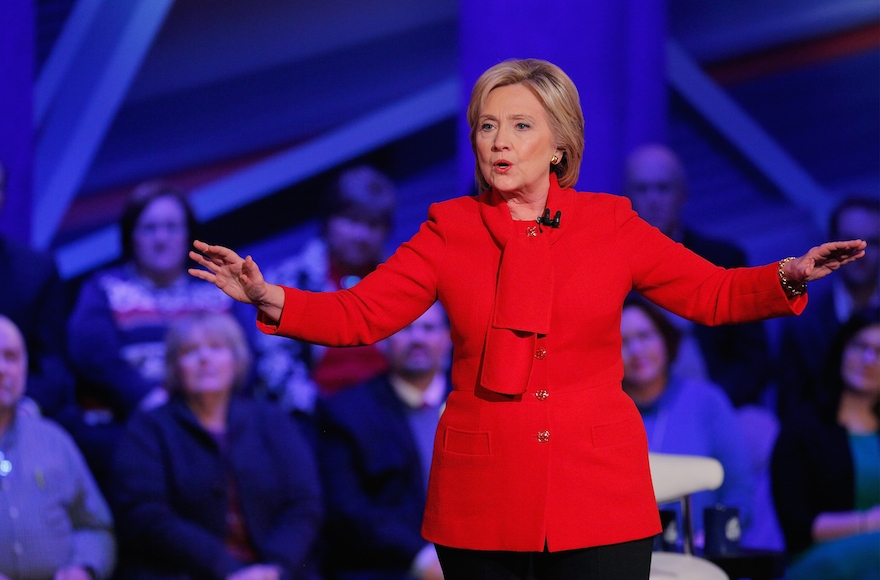 The apology, delivered Sept. 10 by her campaign and attributed to Clinton, is about how she described “half” of Trump’s supporters as “deplorables,” or bigots.

“Last night I was ‘grossly generalistic,’ and that’s never a good idea. I regret saying ‘half’ — that was wrong,” Clinton said in a statement. “So I won’t stop calling out bigotry and racist rhetoric in this campaign….”  Clinton went on to list what she finds “deplorable” about Trump.)

“I also meant what I said last night about empathy, and the very real challenges we face as a country where so many people have been left out and left behind. As I said, many of Trump’s supporters are hard-working Americans who just don’t feel like the economy or our political system are working for them. I’m determined to bring our country together and make our economy work for everyone, not just those at the top. Because we really are ‘stronger together.’”

Clinton confesses without an excuse, but shifts immediately to a lengthy attack on Trump. She offers an apology. She speaks of empathy for the pain of Trump’s followers, although not specifically of the pain she may have caused by being “grossly generalistic.”

She values the relationship, calling Trump’s supporters “hard-working Americans,” and she wants to make it up – but as president, i.e., as a means to appeal for votes. She says it’s “never” a good idea to indulge in generalities, but she does not specifically seek forgiveness from those she may have wounded.

Indeed, it’s not just choices that are hard — apologies are, too. 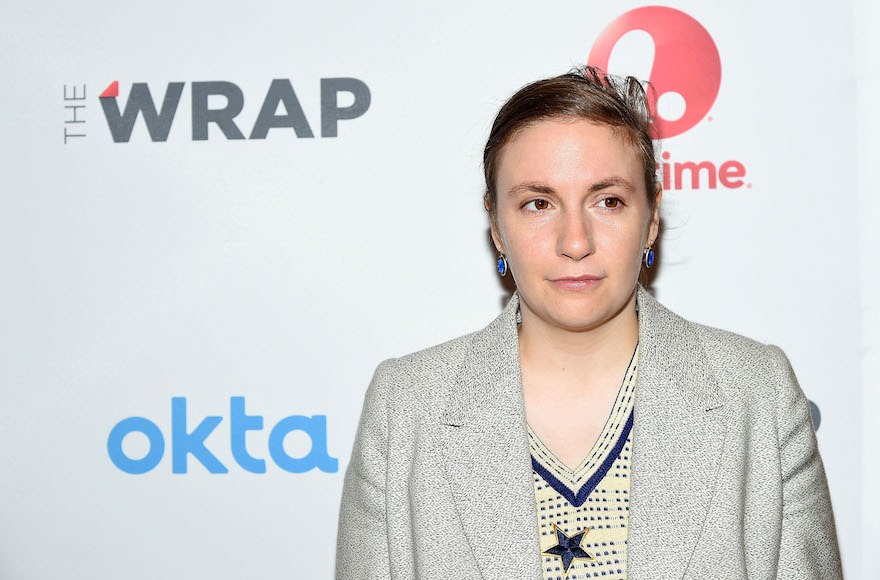 Dunham’s apology, delivered Sept. 3 on three social media platforms (surprise!), was to NFL star Odell Beckham Jr., whom she accused of silently dismissing her at the Met Ball because of her looks – although she had no evidence.

“I owe Odell Beckham Jr an apology. Despite my moments of bravado, I struggle at industry events (and in life) with the sense that I don’t rep a certain standard of beauty, and so when I show up to the Met Ball surrounded by models and swan-like actresses it’s hard not to feel like a sack of flaming garbage,” Dunham wrote. “This felt especially intense with a handsome athlete as my dinner companion and a bunch of women I was sure he’d rather be seated with. But I went ahead and projected these insecurities and made totally narcissistic assumptions about what he was thinking, then presented those assumptions as facts. I feel terrible about it. Because after listening to lots of valid criticism, I see how unfair it is to ascribe misogynistic thoughts to someone I don’t know AT ALL. Like, we have never met, I have no idea the kind of day he’s having or what his truth is. But most importantly, I would never intentionally contribute to a long and often violent history of the over-sexualization of black male bodies — as well as false accusations by white women towards black men. I’m so sorry, particularly to OBJ, who has every right to be on his cell phone. The fact is I don’t know (I don’t know a lot of things) and I shouldn’t have acted like I did.”

Again, starting with the excuse. Do we need to know how Dunham feels about herself?

But kudos to Dunham, who does apologize, unequivocally, and recognizes the pain Beckham likely feels.

Dunham goes some way to making it up by also acknowledging her own objectification of black men. She would never intentionally do that, she says. And she scores points for specificity: She indicates twice that it is Beckham she seeks forgiveness from. (That hasn’t happened — yet.) 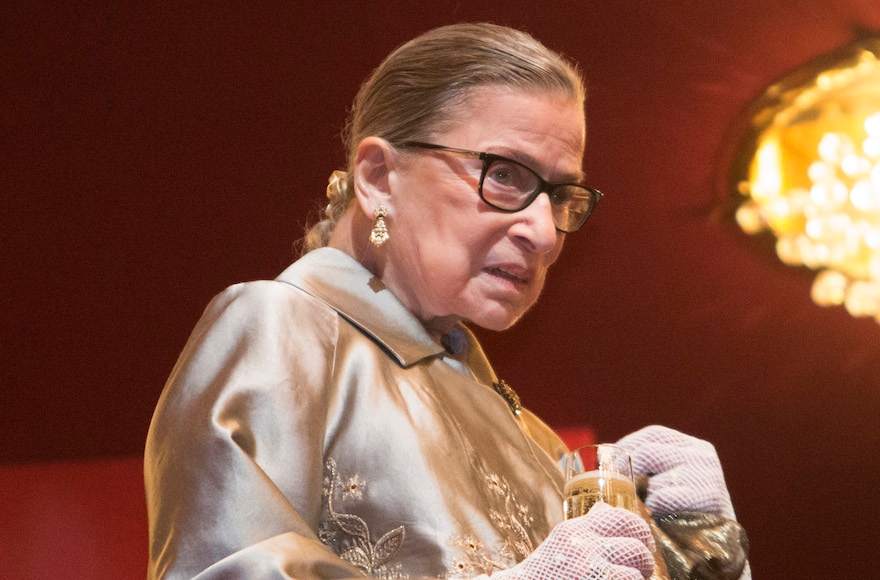 The apology delivered July 14 through the Supreme Court’s communications office was for saying Trump was unfit for office.

“On reflection, my recent remarks and response to press inquiries were ill advised and I regret making them. Judges should avoid commenting on a candidate for public office. In the future, I will be more circumspect,” Ginsburg said.

No excuses. Ginsburg does not say, for instance, that she was giddy from sitting through all four nights of the Ring Cycle (which our sources confirm that she did around the time of this controversy). This is what distinguishes Supreme Court justices from politicians and celebrities.

Apology offered. The “other person” here is not Trump, but the republic – and Ginsburg hints although does not fully acknowledge the damage that failing to observe political neutrality does to the country. She values the relationship by noting her status as a judge, not a commentator. She makes it up by promising to be more circumspect, which is also a way of saying “never again.”

Alas, she does not seek forgiveness – something she could easily have done with one more sentence, asking it from the public.

Overall it’s a good apology, but it’s clear that RBG, like the Constitution, has some “growth potential.” 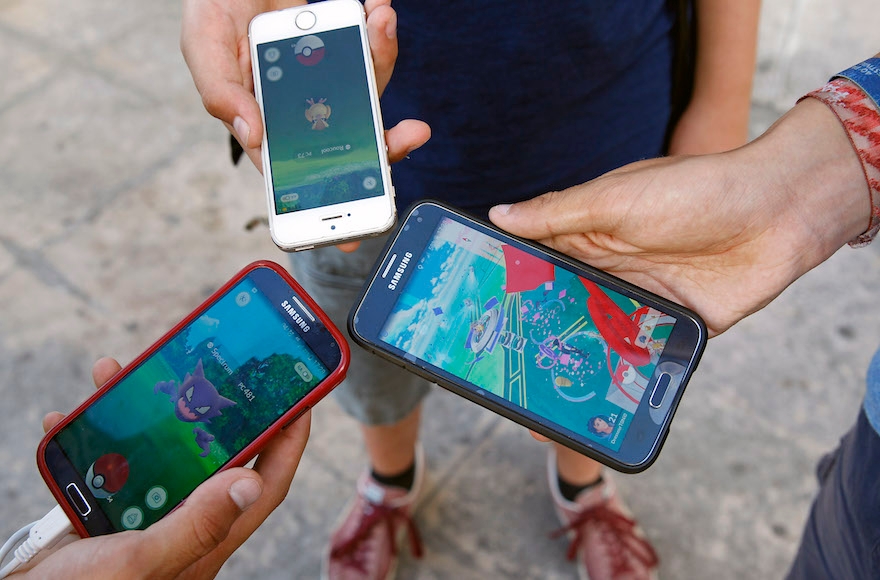 Kids playing Pokemon Go at the Trocadero in front of the Eiffel Tower in Paris, Sept. 8, 2016. (Chesnot/Getty Images)

Here’s an apology – of sorts – delivered toward the end of July by a Pokemon executive, J.C. Smith, in an interview with The Associated Press. At issue: “Pokestops” — locations where Nintendo figures merge with reality — at sensitive locales such as the U.S. Holocaust Memorial Museum and the Auschwitz memorial.

“When something is really popular, we have to figure out the most respectful way to deal with it and make sure that everyone is playing safely and doing things in a respectful manner,” Smith said. “It’s only been two weeks since it launched, and there’s been so much attention and so many people playing that it’s tough to think of all the ways it could affect the world.”

Is there a confession here? Nope. (There are lots of excuses, though.) An apology? Not really. The other person’s pain? Eh, OK, they say the need to be “respectful,” which we suppose also (barely) covers valuing the relationship. How can they make it up? Well, they removed the Pokestops from the Holocaust museum. Say never again? Again, maybe, by saying that they want to “make sure” everyone is being respectful. Seeking forgiveness? Nope.

So much about this “apology” is halfhearted. We have two words: Pokemon, Stop. And we better not see those bouncy things on the bimah.

Philippines President Rodrigo Duterte apologized for comparing his campaign to eliminate drug use in his country to the Holocaust.

Jackie Walker, a senior activist in Britain’s Labour Party, apologized if anyone took offense to her comments questioning why Holocaust Remembrance Day is only about Jews, and why Jewish institutions need so much  security.

Israeli Prime Minister Benjamin Netanyahu apologized for comparing the suffering of the parents of a soldier on trial for shooting a subdued Palestinian attacker to those of fallen soldiers.

A candidate for the Michigan Legislature apologized for saying a Jewish lawmaker asked a lobbying firm to pay for the bar tab at his daughter’s “Jewish wedding.”

A private school in Australia apologized “unreservedly to everyone for any offence that has been caused” by the school allowing a student to dress up as Adolf Hitler during a visit by students from a Jewish school.

A Belgian official apologized for comparing Israel to Nazi Germany and the Islamic State.

A British actor who was removed from that country’s “Celebrity Big Brother” apologized for a Holocaust joke directed at a Jewish contestant and said that he will visit Auschwitz during a visit to Poland.

A Jewish municipal leader in Israel’s Galilee region apologized on Facebook “to anyone who felt offended” by his remarks that Arabs shouldn’t swim in Jewish pools.