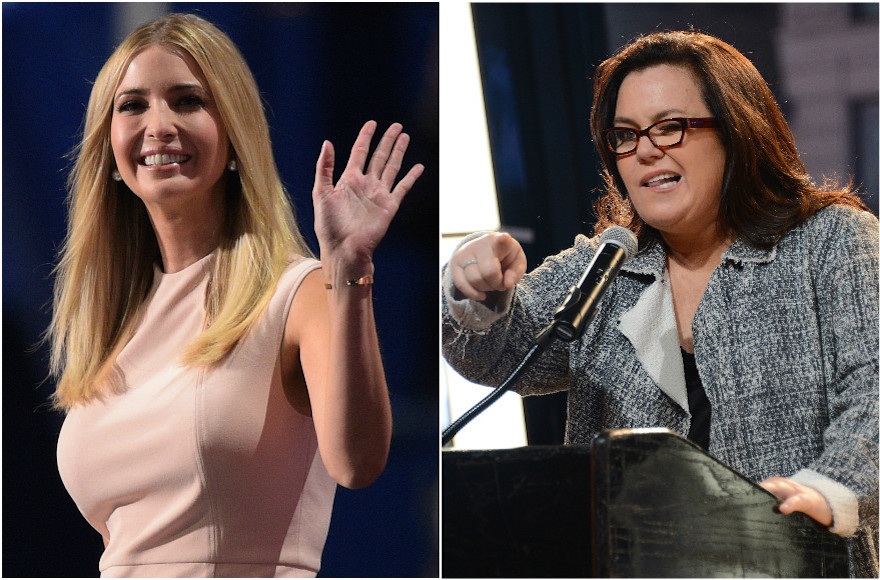 (JTA) — Rosie O’Donnell, who has been feuding publicly with Republican presidential nominee Donald Trump for a decade, bumped into his daughter Ivanka Trump in New York City.

The two women reportedly ran into each other on Wednesday night at the trendy Nobu Japanese restaurant in Manhattan.

O’Donnell tweeted about the chance encounter, wishing Ivanka, who converted to Judaism in 2009, a Happy New Year in honor of Rosh Hashanah.

O’Donnell, who was raised Roman Catholic, reportedly is a student of the mystical Jewish tradition Kabbalah.

The feud between O’Donnell and Donald Trump began in 2006 over Trump’s reinstating Miss USA Tara Conner despite her violation of pageant rules including drug use, underage drinking and sexual activities. O’Donnell, then a co-host of “The View,” criticized the decision by Trump, a co-owner of the Miss USA Pageant, slamming his personal morals and accusing him of going bankrupt.

Trump responded by calling O’Donnell “a loser,” “a woman out of control” and “nice fat little Rosie.”

The feud was referenced during last month’s presidential debate between Trump and his Democratic rival, Hillary Clinton, at Hofstra University.

“Somebody who’s been very vicious to me – Rosie O’Donnell. I said very tough things to her and I think everybody would agree that she deserves it and nobody feels sorry for her,” Trump said during the debate.

O’Donnell responded in a tweet by calling Trump an “orange anus” and said he will never be president.

Ivanka Trump did not mention the encounter on social media accounts.