This album and listening experience re-creates the Yom Kippur War 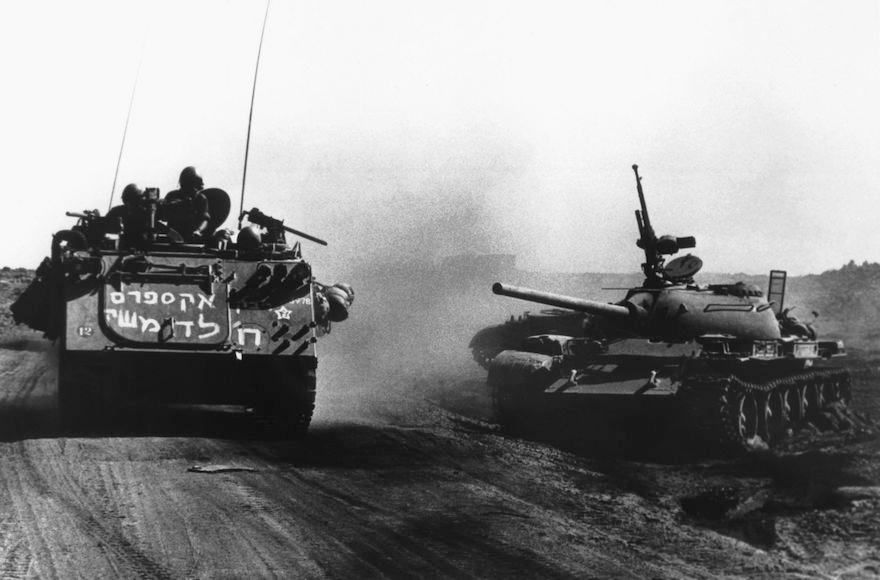 Israeli tanks on the Golan plateau, during the Yom Kippur War, 1973. (Keystone-France/Gamma-Keystone via Getty Images)
Advertisement

It’s not often that a deadly forest fire sparks artistic innovation. But for Israeli musician Yair Yona — who recently released a “soundtrack” to the 1973 Yom Kippur War — that’s precisely what happened.

It was in 2010, during the Mount Carmel forest fire — the deadliest fire of its kind in Israel’s history, which lasted for three days and left 44 people dead. Yona felt that no one in Israeli government or the broader society took responsibility for the disaster, and he had an epiphany that this was one of Israel’s biggest flaws.

“It felt to me as if the country was on fire, not the state — the actual ground, the soil that we are born from,” he told JTA. “I felt like this DNA of not taking responsibility — the same behavior, the same circle happens time and time again. And I thought, what was the biggest crisis of this kind? It’s [the Yom Kippur War].”

Inspired, Yona created a 10-track instrumental album about the conflict. But he didn’t stop there — he devised an interactive listening experience, complete with noise-canceling headphones and an eye mask (to block distractions), that forces listeners to viscerally reckon with the war’s effects.

The album, named “Sword” — a word whose three Hebrew root letters can also spell “destruction” — is composed of rock guitar, strings, atmospheric sounds and snippets of real army radio recordings from the Israel Defense Forces archives. He released the album in July but has since begun leading “listening parties” in bars, galleries, a school and other public places. Later this month he will host a massive listening experience at the InDNegev festival near the Gvulot kibbutz that will include a simultaneous film screening of real IDF footage from the war. 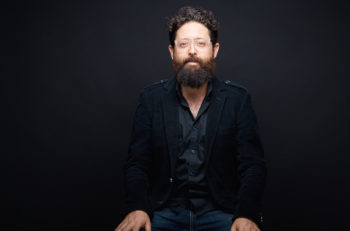 The conflict, also known as the October War, was fought between Israel and a coalition of Arab states led by Egypt and Syria over territory in the Sinai Peninsula and the Golan Heights. Although Israel repelled the attacks (which were launched unexpectedly on Yom Kippur of that year) within a few weeks, all sides suffered heavy casualties — and Israel’s euphoric post-1967 Six Day War optimism was shattered.

“If you were to ask a typical Israeli in the street if we won or lost in this war, you’d get a very confused answer,” Yona said. “So many people got their hearts broken because they could not believe the contradiction of their faith in the country.”

Yona, 35, who has released two other solo albums and played as a bassist in the experimental electronic band Farthest South, spent four years researching the war. Each track on “Sword” is inspired by a specific aspect of the armed conflict, or are taken from individuals’ stories that he learned about through various documents and films. For instance, the opening track title, “Sir Bassar,” was a code word used on army and public radio that called army units to attention. But the track “2:37 AM, For 43 Years” is more specific — it refers to the time that one traumatized soldier wakes up every night since fighting in the war.

“It’s every day. Every night, every evening … Today I can hardly complete a sentence. There’s this abscess that decapitates me,” the soldier is quoted as saying in a booklet that accompanies the album.

Yona is contributing twenty percent of all the album’s profits to Natal, a trauma center for Israeli veterans and terrorism victims.

At the listening parties, Yona reads a paragraph of context before each track. At the end of one session, he says all of the participants stayed silent for five full minutes. He recently received an email from a man whose father finally opened up to him about his personal war experiences, after more than 40 years of reticence, while listening to the album online.

“I’m not taking a political stand but a very humanistic stand,” Yona said. “It’s not about left or right, in war everybody loses.”

“I want people to eventually choose life,” he added. “Not remember the dead, but choose life.”

Listen to the full album here.