Drake breaks record for most American Music Award nominations with 13 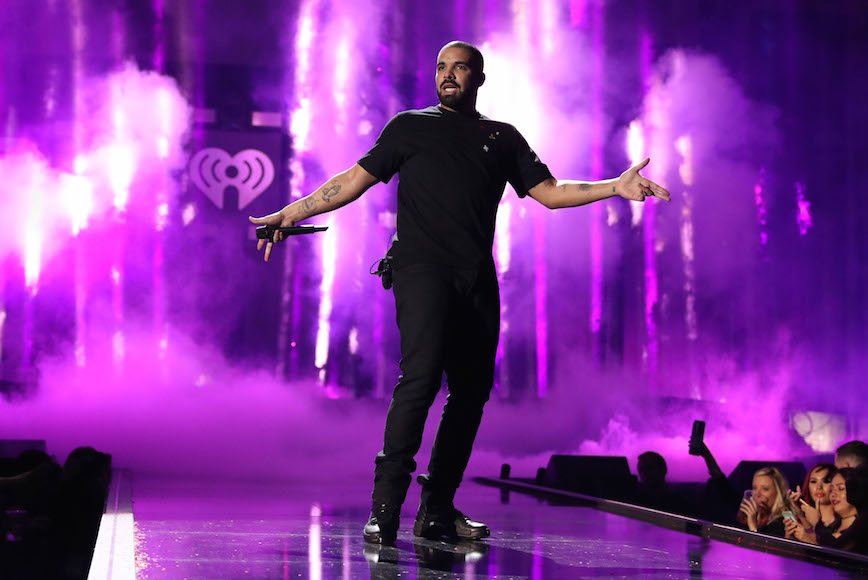 (JTA) — Drake was nominated for 13 American Music Awards, breaking the record of 11 set by Michael Jackson in 1984.

Among the nominations for the Jewish and African-American rapper are Artist of the Year, Favorite Male Artist and Favorite Album for his 2016 album “Views.” The list of nominees was announced Monday.

In comparison, Adele is up for five awards and Beyonce for four.

“Views,” which was released in April, stayed atop the Billboard 200 chart for 13 consecutive weeks. As of late August, the album had sold nearly 1.4 million copies. As of Tuesday, its leading single, “One Dance,” has been played close to 865 million times on the Spotify streaming service.

Unlike the Grammy Awards, the American Music Awards are determined by factors such as record sales, radio airplay, activity on social networks and public votes.