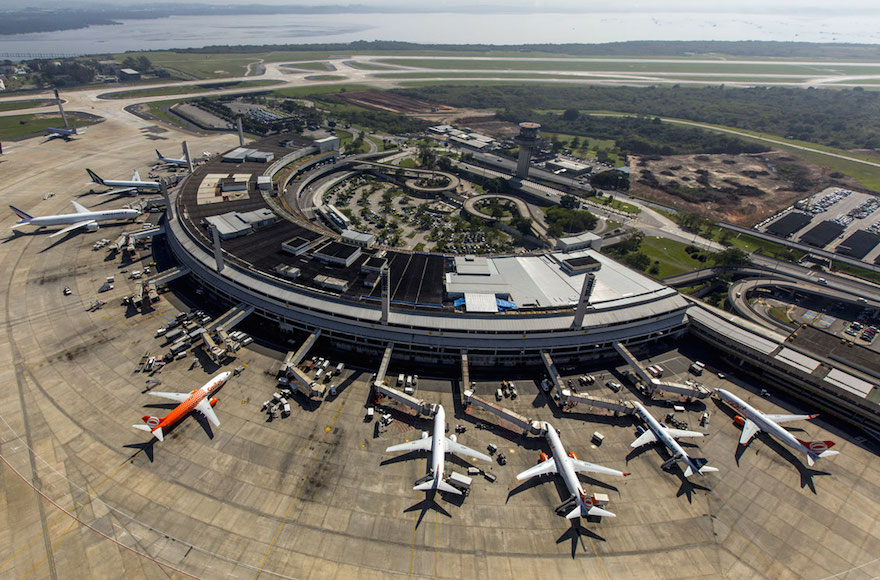 RIO DE JANEIRO (JTA) — An Italian passenger was arrested after yelling anti-Semitic slurs and making the Nazi salute to a kippah-wearing Brazilian Jewish man at an airport in Rio de Janeiro.

Fabrizio Trinchero was released after paying a $600 bail following his arrest Wednesday. He owns a food kiosk at a Rio beach, the G1 news service reported.

During the incident at Antonio Carlos Jobim Airport, which reportedly was witnessed by airport staff and several passengers, Trinchero accosted Leo Rabinovitsch, 20, who was accompanying his mother at the check-in counter to board an Alitalia flight to Rome and then Tel Aviv. Seeing Rabinovitsch’s kippah, Trinchero screamed that Hitler should have exterminated all the Jews.

“Such offensive and sudden aggression was totally unexpected,” Rabinovitsch told JTA. “He was fueled by much hatred. He said he didn’t like either Jews or Muslims, and that Jews owned the World Bank.”

“Eighty years after the Holocaust, we can’t be afraid to be Jews, wear kippahs,” he said.

According to a lawyer provided by the the Rio Jewish Federation to assist Rabinovitsch, Trinchero cried profusely when he was arrested and learned he could have his visa revoked.