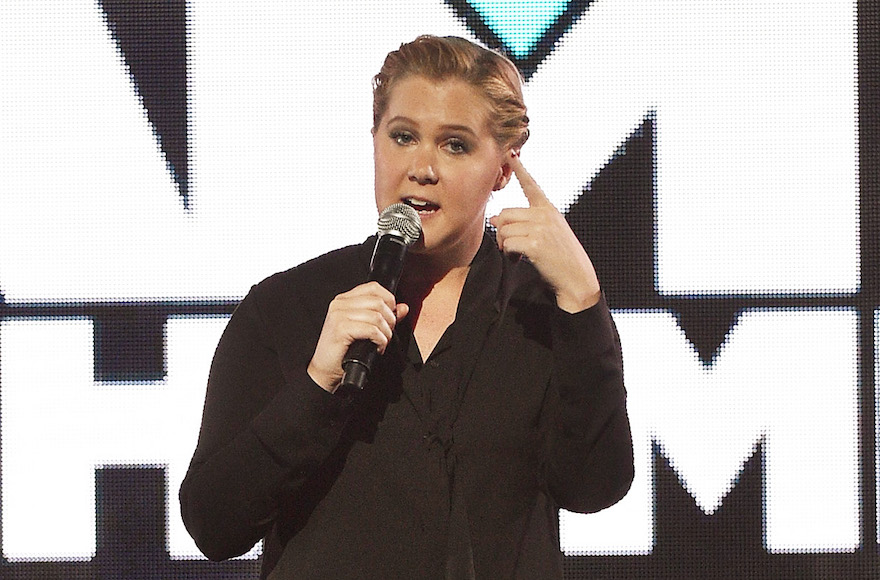 It’s pretty obvious by now that Amy Schumer isn’t on the Trump Train. Not only has the Jewish comedian endorsed Hillary Clinton, but she continues to mock the Republican presidential nominee even when it upsets her fans.

Around 200 people booed and walked out of Schumer’s show in Tampa, Florida, on Sunday after she called Donald Trump an “orange, sexual-assaulting, fake-college-starting monster.”

On Tuesday during a New York performance, Schumer shared an open letter to the Florida audience, in which she poked fun of the fans who left her show.

“Dearest Tampa, I’m sorry you didn’t want me, a comedian who talks about what she believes in, to mention the biggest thing going on in our country right now,” Schumer said, according to People Magazine.

Earlier this month, the Washington Post released a recording from 2005 in which Trump could be heard bragging about groping and kissing women without their consent.

Schumer appeared in a video released Tuesday by the group Hillary for Humanity, which juxtaposes Trump’s comments from the recording with women’s accounts of sexual assault.

At then end of the video, several female celebrities — including Schumer, Lena Dunham, Whoopi Goldberg and Meryl Streep — take a stand against Trump’s “locker room” talk, saying “It’s not ok.”