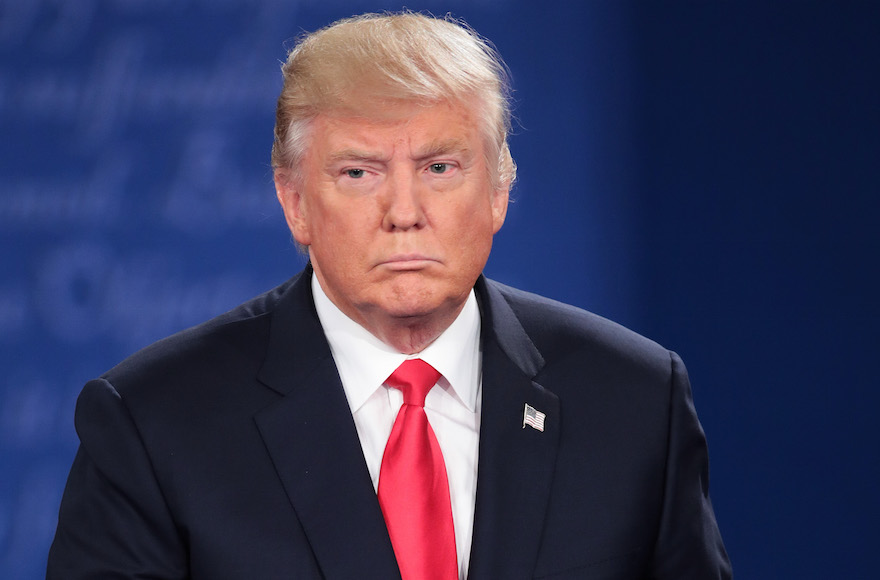 (JTA) — More than 400 female rabbis from around the world signed a letter condemning what they called “hate speech” on the part of Donald Trump.

“He has denigrated people by race, by nationality, by their gender and by their most intimate, personal challenges,” the message reads. “His callous descriptions of uninvited physical contact and even sexual assault offend our understanding of appropriate relationships between human beings.”

The letter was timed to coincide with the Jewish holiday of Simchat Torah, which will start on the evening of Oct. 24, Rabbi Julie Schonfeld, executive vice president of the Conservative Rabbinical Assembly, wrote in an email in her personal capacity. Schonfeld wrote the letter and worked with Rabbi Andrea Merow to organize it.

The letter, which closed over the weekend with 407 signatures, emphasized that the rabbis were “signing in their personal, individual capacity and not on behalf of any organization with which they may be affiliated.”

Schonfeld, who delivered an invocation at the Democratic National Convention in a private capacity, said the rabbis were inspired by a similar letter signed by female Christian clergy that had garnered over 1,000 signatures.

Following the release of a 2005 recording earlier this month in which Trump is heard bragging about groping and kissing women without their consent, a string of women has accused him of inappropriate sexual contact. The Republican presidential nominee has denied the allegations.