She is “proven to be dishonest and difficult to trust.”

“I thought as secretary of state she should have been fired.”

That’s what some Orthodox supporters of Hillary Clinton in the Cleveland area are saying about their candidate.

And some Donald Trump backers?

“He’s nasty with everyone.”

For Cleveland’s Orthodox Jewish community, this is the dismal reality they see in the 2016 presidential race. Both major candidates will draw votes from the community, but few Orthodox Jews in the area sound enthusiastic when discussing the two people who could be their next leader.

“What everyone can agree on is we have two poor choices,” said Elisha Fredman, 30, of the heavily Jewish Cleveland suburb of Beachwood. “I have not witnessed conversations where there have been strong feelings for a candidate.”

The greater Cleveland area includes more than 80,000 Jews, many of whom live in a cluster of suburbs east of the city. The Orthodox minority is particularly concentrated in Beachwood, a town with more than 10,000 Jews — 90 percent of its total population. Beachwood boasts a street where four Orthodox synagogues stand in a row, along with a mikvah and Jewish high school.

Its congressional district, which stretches south into non-Jewish neighborhoods, voted heavily for Barack Obama in 2012 and 2008 and is represented by a Democratic congresswoman, Marcia Fudge. Ohio as a whole is a battleground for the candidates, and has voted for the winner of the election in every contest since 1964.

But where the Jewish majority mostly votes Democratic, Orthodox Clevelanders say their community tends to lean Republican. For many, pro-Israel policy is the defining election issue, though some expressed discomfort with the Democratic Party’s liberalism on social issues — a few people mentioned the Democrats’ advocacy of transgender-friendly bathrooms.

“They’re angry about the Iran deal [and] they’re more aligned with conservative positions generally,” said Rabbi Eric Frank, the Ohio director of Agudath Israel of America, a haredi Orthodox group, referring to last year’s accord curbing Iran’s nuclear program. “There are some that are probably voting for Donald Trump because they like his message, but on the other hand, I would probably interpret it more as a vote for Republican leadership in Congress and other places they feel have had Israel’s back.”

Polls of American Jews as a whole show strong support for Clinton, a Democrat, and few surveys of Orthodox voters have been taken. But an August poll of Orthodox voters in Florida, another swing state, had them backing the Republican Trump by a 3-to-1 margin.

Orthodox voters began gravitating to the Republican Party in presidential elections during the Reagan administration, said Michael Fragin, a Republican strategist who worked on President George W. Bush’s 2004 campaign. Orthodox Jews are drawn to the party’s vocal support for Israel, he said, which asserted itself during the first decade of the 2000s, when evangelical influence grew in the party, and the War on Terror drew Israel and the U.S. closer. Fragin added that unlike non-Orthodox Jews, Orthodox voters tend not to be turned off by the social conservatism of Republicans. 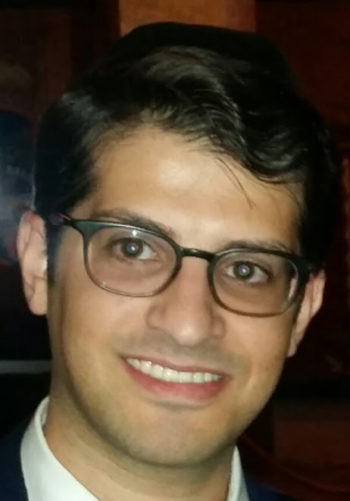 Rabbi Eric Frank, the Ohio director of Agudath Israel of America, says Orthodox voters are angry about the Iran deal and more aligned with conservative positions generally. (Courtesy of Frank)

The Cleveland community has seen some defections from the Republican Party due to its nominee. For reasons ranging from his inflammatory temperament to his lack of government experience, right-leaning voters told JTA that this year, they would be voting for Clinton. Several Orthodox Clevelanders said they supported other Republicans in the primary who are seen as more moderate, from Ohio’s popular governor, John Kasich, to U.S. Sen. Marco Rubio of Florida.

Chuck Bennis, a computer products distributor from Beachwood who identifies as a conservative, said Clinton should have been dismissed as secretary of state after the deadly 2012 attack on the American diplomatic compound in Benghazi, Libya.

Four years later, Bennis will be voting for Clinton — because he appreciates her decades of government experience, as opposed to Trump’s lack thereof.

“A lot of the frum people are pretty conservative and typically vote Republican, but they’re finding Trump so unpalatable this year that they’re not voting that way,” Bennis said, using a Yiddish term for observant Jews. “This is just an unusual election. He’s got to where he is based on his rhetoric versus substantive views on critical issues. It’s just, I’m still having a hard time wrapping my head around [his] making it this far.”

Jeff Bookman, a Beachwood jewelry seller, has his reservations about Trump’s temperament, and said he would have preferred any of the other Republican candidates. But he believes that Trump can return America to traditional values it has lost, like respect for free enterprise, the rule of law and Judeo-Christian principles. Culturally and economically, he said, the left has undermined those values, branding opponents of transgender-friendly bathrooms or welcoming Syrian refugees as “haters.”

Under Clinton, Bookman said, the Supreme Court will become an activist body pushing liberal causes. Citing allegations that Clinton traded favors as secretary of state, Bookman fears that she will transform the U.S. into a “banana republic.”

“I think he wants a strong America,” Bookman, 65, said of Trump. “I think he wants people to do business with less restriction. It’s not that Trump is the greatest guy, but he is in the sense more of a traditionally thinking American. He wants America to be a powerful country, [and] thinks America should exploit its natural resources to its benefit.” 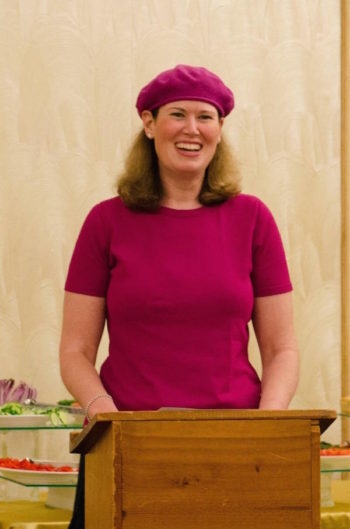 Hildee Weiss, 48, a freelance writer from Beachwood, is undecided. She finds Hillary Clinton untrustworthy but is scared by some of what Donald Trump has said. (Courtesy of Weiss)

Anna Fredman, Elisha Fredman’s wife, gave Clinton a grade of “B or a C for Israel,” and said she was offended by Clinton kissing the cheek of Suha Arafat, wife of the late Palestinian leader Yasser Arafat, in 1999.

But Fredman said she has been reassured by Clinton’s voting record as a senator from New York, and like Clinton, she prioritizes health care and education as a voter, along with pro-Israel policy. In any case, Fredman said, voting Clinton is an imperative this year to stop Trump, who she said should be anathema to Jewish voters.

“I can’t understand how anybody, especially a Jew, could support Trump,” said Fredman, 30, a speech and language pathologist. “We are people who know what can happen from leaders who preach hate. I can’t even fathom that someone from our community could elect someone who espouses hate. Hate for one group is dangerous for every group of people. Who says it’s not going to be the Jews next?”

Less than two weeks before the election, some voters can’t — or don’t want to — choose between Clinton and Trump. While some will vote for Gary Johnson, the Libertarian candidate, others remain undecided.

Hildee Weiss, 48, a freelance writer from Beachwood, said she is scared by what Trump says, but finds Clinton to be untrustworthy.

“It would probably be a matter of voting for the lesser of two evils,” Weiss said. “My vote would go to what I feel is best for Israel and for the economy here, and how to handle foreign policy. And neither candidate really stands out.”