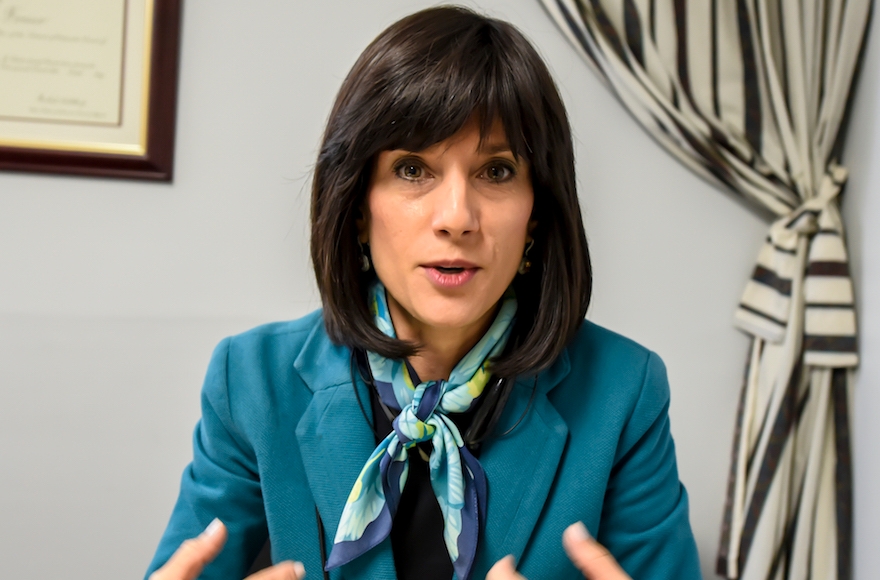 (JTA) — For much of her adult life, Rachel Freier has been a trailblazer in her Hasidic Brooklyn community of Borough Park: a lawyer, an advocate for higher education, the director of an all-female ambulance service and founder of a nonprofit to aid underprivileged mothers during the Gulf War.

Now she has blazed a new trail, this time on a national stage, becoming the first Hasidic women elected to public office in the United States.

Last month, Freier was the victor in the race for civil court judge in New York City’s 5th Civil Court District, serving Borough Park and other sections of Brooklyn including Bensonhurst and Coney Island.

“It feels great. It feels wonderful!” said Freier, 51, better known as “Ruchie” to her friends and family, when asked about her upset victory. “I feel grateful to God that He allowed me to reach this position.”

Freier is OK with “trailblazer,” but don’t call her a feminist.

“’The advocacy of women’s rights on the grounds of political, social and economic equality with men,’” she reads off Google as soon as the subject is brought up.

“I’m not here to fight to be equal to men,” she explains. “Judaism puts women on a platform. … When the Sabbath comes, I have my mitzvos; I light my candles and say my prayers. My husband goes to the synagogue and davens with the men. I’m not going to say I’m going to fight for his mitzvah.”

Freier wants other women, particularly in haredi Orthodox communities, to take her example.

“I hope that in the future, more women from my background will realize that it’s not mutually exclusive, that you can have goals and achieve them without compromising any of the standards we have,” says Freier, a mother of six and a grandmother.

Raised in Boro Park, Freier attended Brooklyn Law School part time while raising a family, eventually practicing law in offices in Brooklyn and Monroe, New York, and serving on the community board in Borough Park.

Freier made her mark on her community even before her election as judge. When she saw that the haredi yeshiva system sometimes left students insufficiently educated to cope in the wider world, she took action, founding B’Derech in conjunction with Bramson College.

Since 2013, B’Derech (Hebrew for “on the path”) permits yeshiva-educated men to obtain their high school equivalency diplomas and even associate degrees, thus positioning themselves more competitively in the job market, while retaining close ties with their religious communities.

As she told the Forward regarding B’Derech and the existing yeshiva system: “I am not here to change it, but I am here to supplement it.”

Shortly after she founded B’Derech, some women came to her in need of assistance in creating their own volunteer ambulance corps, especially for women in childbirth. While Jewish law permits male EMTs to provide care for women in a health care crisis, many devout women prefer to be treated by other women.

She responded by obtaining her own certification as an emergency medical technician and the support of some key religious and community leaders, including Brooklyn Assemblyman Dov Hikind.

Along the way, Freier has earned awards for pro bono service to the family courts, sat on Bar Association committees and founded Chasdei Devorah, a nonprofit relief organization in memory of a young friend.

Freier’s path to the bench began in a courtroom very much like the one in which she now wields a gavel. During her undergraduate years, she spent hours in the Civil Court presided over by her uncle, Judge David Schmidt. New York state requires attorneys to have practiced at least a decade before standing in for a judgeship. Schmidt’s retirement in 2015 happened to coincide with Freier’s 10th year of practice.

Many might see pure serendipity at play here, but to Freier it was an example of “hashgacha pratis” — the hand of God guiding circumstances.

So the path was clear but the incline steep. Freier’s principal opponent was Mordechai Avigdor. Well-known,  connected and Orthodox, Avigdor would fill the 5th District Civil Court bench the way one of Nathan’s Famous fills a bun. 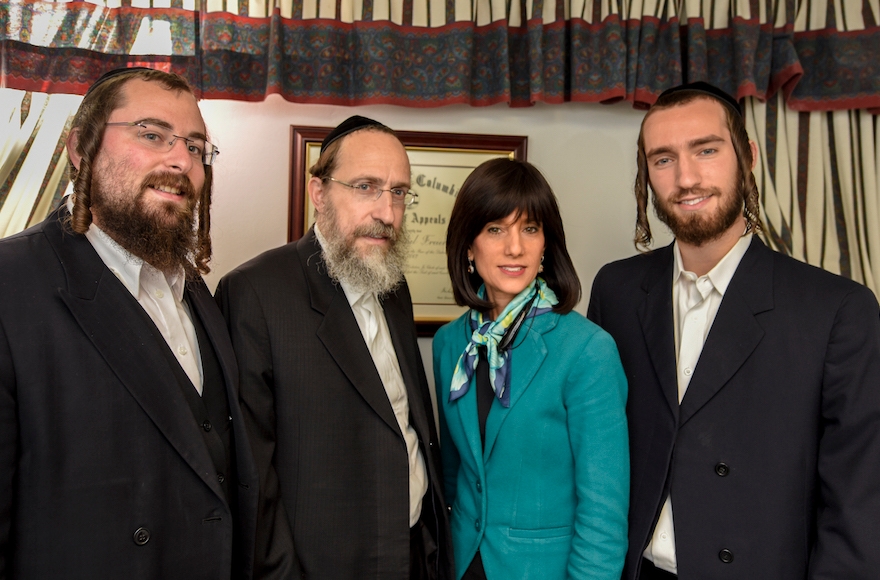 Rounding out the field was a candidate with a more secular background, Jill Epstein.

For help in her uphill battle, Freier reached out to Yossi Gestetner of Axle Communications and Gary Tilzer to manage her campaign. Tilzer, known for bucking the party machine, already was managing Odessa Kennedy’s boroughwide campaign for civil court.

“I put Ruchie together with Odessa to campaign in Bay Ridge and Sunset Park,” Tilzer said. “Odessa did very well among Irish Catholic and Asian voters there and brought in votes for Ruchie at the same time.”

Freier may have been expected to face some backlash from the more conservative elements of the Borough Park religious community, but that did not appear to be the case.

“We had a dozen rabbinical voices who publicly backed the candidacy in addition to women rabbinical leaders who also backed the candidacy,” Gestetner said. “Multiple Yiddish-language publications actually interviewed the candidate and were very fair to her. The vote in Borough Park was split in half. Such a vote outcome is a huge success for a first-time, non-establishment, woman candidate. So not only was there no backlash, there were thumbs-up all around.”

Schmidt, who had told Freier, “If you still want to be a judge, now is your chance” when he retired, advised her strategically. She succeeded despite lacking endorsements from any of the big three area politicians — Hikind, City Council member David Greenfield and State Sen. Simcha Felder.

If anything, Tilzer said, it was the absence of endorsements by the party luminaries that gave Freier a leg up in Borough Park.

Stumbles by her rivals also helped. The Daily News ran an article exposing Avigdor’s growing ethical and legal problems stemming from his failure to account for more than $500,000 from an estate of which he was an executor. Shortly afterward, Epstein ran afoul of campaign finance laws with a dubious $250,000 loan that showed no sign of being paid back by primary day.

Along with several Jewish and Yiddish-language publications, the Daily News endorsed Freier.

Nevertheless, “We didn’t see it coming,” Freier said of the election victory. “We had no idea. Our celebration was completely spontaneous.”

Reaction from other elected officials has been overwhelmingly positive.

“This changes the conversation about what the community’s doing,” City Council member Antonio Reynoso said when asked about Freier’s victory. “And I’m really proud, really happy about that.”

Freier said, “The important thing was to do this without compromising my family.”

Watching her husband David, a commercial mortgage broker, beam with pride and admiration as his wife spoke to supporters during a fundraiser at their home about a month before the primary suggested that her family was very much on board and, to a degree, shared her political aspirations.

Her judicial aspirations, meanwhile, are contained perhaps in how she talks about her decision to champion Ezras Nashim. From a strictly legal standpoint, a female EMT corps isn’t necessary.

“But ‘pikuach nefesh’ [saving a life] is out there,” Freier said, gesturing toward the wider world, “while I am in here.”

The distinction is between an abstract legal concept and what is, for a haredi woman, a lifelong and very personal practice. The challenge is enforcing the former without compromising the latter.

As Freier told Tachlis magazine, “I think we ought to take advantage [of the changed legal landscape] and ensure we get the perspective of a heimish Jewish woman on the bench.”