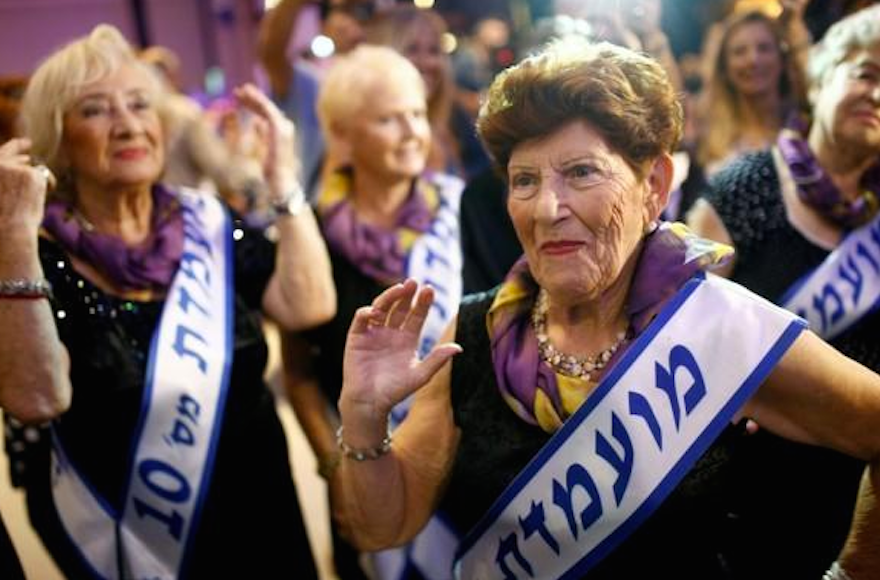 Anna Grinis, 75, was crowned Sunday at the fifth annual pageant in Haifa for women who survived the Holocaust and the war. Fourteen finalists competed for the crown, according to reports; some 300 women had applied to participate in the contest.

Hairdressers and makeup artists prepared the contestants before they took to the runway.

The pageant was sponsored by Yad Ezer L’Haver, or Helping Hand in English, a group that helps needy Holocaust survivors in Israel.

The program featured a performance by a women’s choir made up of Holocaust survivors — with an average age of 91 — singing Holocaust-themed songs.

Some 200,000 Holocaust survivors live in Israel.