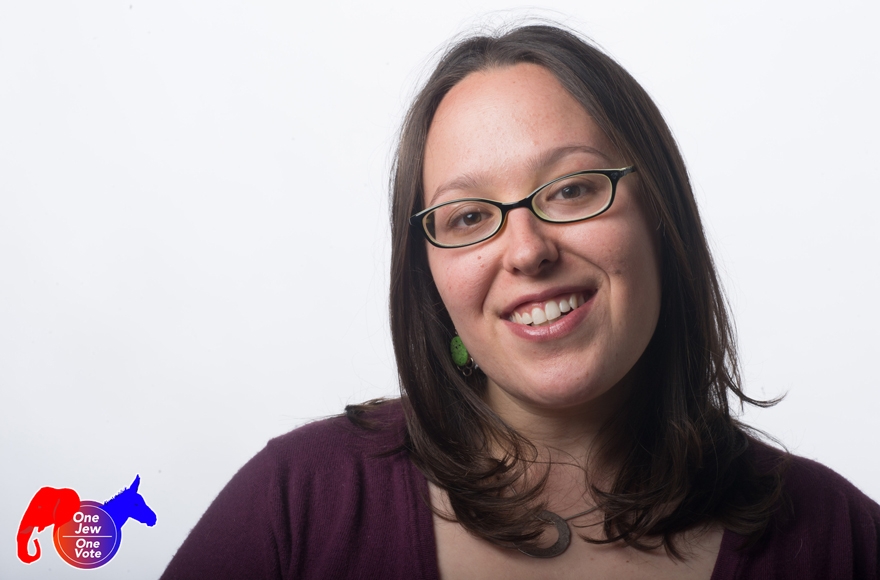 “I’m really excited to vote for somebody I think has made change throughout her career, and has really brought our country closer to the place I want it to be. I’m also voting for her because Donald Trump is terrifying, and in addition to just being a bad person who doesn’t know anything about how to run a country, he seems to be an anti-Semite, which I do not want running our country. I think he has done a lot of aligning himself with people who are very openly anti-Semitic, and he has done some really scary dog-whistling to those groups. Whether or not he himself personally does not like Jewish people or thinks Jewish people are running the banks or the entertainment system, he seems to want to spend time with and ingratiate himself to people who believe that, and I don’t think that’s OK.”