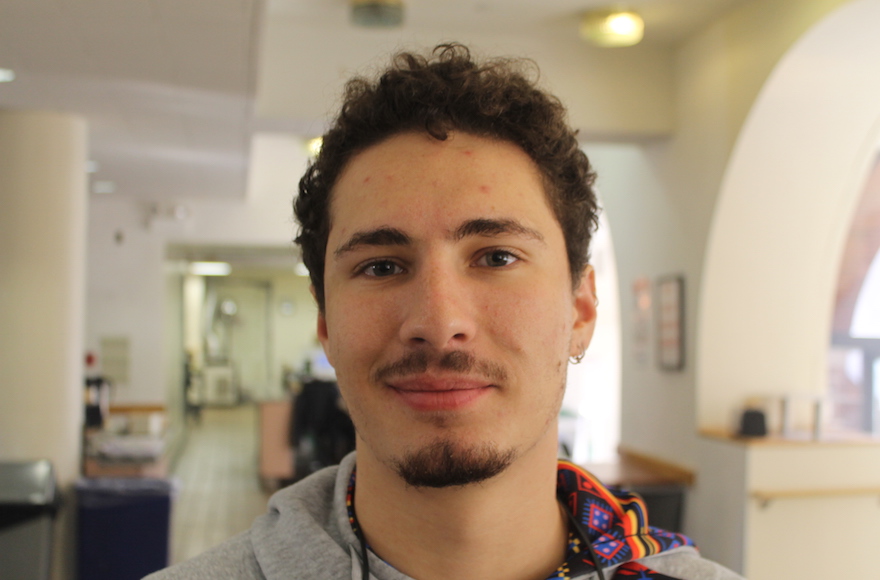 Like many of his classmates at List College, a joint program here between Columbia University and the Jewish Theological Seminary of America, Silberstein voted for Hillary Clinton. He liked the Democratic candidate’s advocacy of gay rights and women’s rights, as well as her foreign policy stances.

But in a year when political pundits are wringing their hands over the nastiness of the campaign, Silberstein said he’s not surprised. And in any case, he said, congressional inaction will most likely frustrate either of the White House hopefuls’ plans.

“There’s this incredible fear [that] there’s this incredibly bigoted businessman with no experience in politics versus this career politician who’s a female,” said Silberstein, 21, of Tenafly, New Jersey. “This is the craziest thing they’ve ever seen. [But] you can go back to Thomas Jefferson’s time and he posted things in the newspaper that called his opponent infertile. It might have been more classy, but it was just as bad.”

Like many Jews this year, first-time voters at List, a Conservative Jewish institution, and Yeshiva University, the flagship institution of modern Orthodoxy, took a dim view of the 2016 campaign. Speaking to a reporter on Election Day, they repeated a now familiar assessment that the choice is between the lesser of two evils, and sounded concerned over the state of discourse in the country and in the Jewish community. 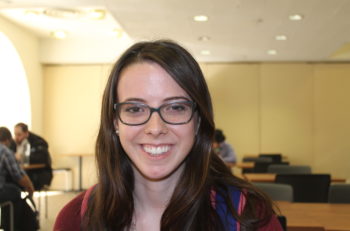 “In this election it’s really confusing for everyone in both parties because I don’t think either candidate is up to par with what it should be,” said Yeshiva student Isaac Beletskiy, 21, from Maryland, who supports Trump.

“I don’t get good vibes from Hillary,” he added. “The way [Trump] represents himself, people aren’t comfortable and used to it. So you don’t just say, ‘I support Trump.’”

Shlomo, 19, a Yeshiva junior from Scarsdale who declined to give his last name, said some of his friends aren’t voting because they didn’t trust either candidate. Shlomo cast his ballot for Clinton and tried to convince his Trump-voting classmates to switch sides. In the end, he said, they usually agreed to disagree.

“Most of my friends are not voting, which I understand, because Hillary is a corrupt person,” he said. “She’s taken a lot of money from people. A lot of things, I understand, are bad about her.”

Some young voters said the Jewish community bought into the divisive rhetoric that has characterized the campaign.

Shira Botzum, 20, a List student from Pennsylvania, noted that her state is politically split between the urban areas of Philadelphia and Pittsburgh and the smaller towns in the center. That divide, she said, is one “we need to come to terms with a little more.”

Within the Jewish community, Botzum believes voters need to take a more complex view of how candidates reflect Jewish values rather than relying on a simplistic judgment of which is more pro-Israel.

“Most of adult American Jewry is too quick to sort of take the ‘Republicans are pro-Israel, Democrats are not’ route without examining the facts a little more,” she said. “I think a lot of people I know who are voting for Trump because of reasons like that make me disappointed in our community.” 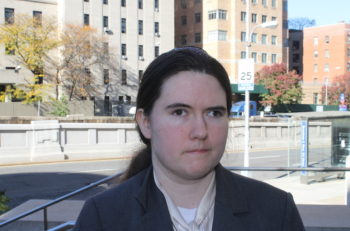 Ruti Regan said she was inspired by the ’16 campaign. (Ben Sales)

Not all voters are pessimistic. Ruti Regan, 31, a rabbinical student at JTS, has voted in previous elections. But while others said this campaign has taken discussion to a new low, Regan said it left her feeling more inspired than ever. The Clinton campaign, she said, emphasized inclusion of the country’s disadvantaged groups – something she has seen reflected in her day-to-day interactions since the campaign began.

“I think that there’s been a shift in how much it seems legitimate to care about people,” Regan said. “There’s been things that I never thought I’d see from a mainstream politician, and I never thought I’d see as campaign issues, like the extent to which people think that it matters how women are treated, it matters how people with disabilities are treated. It’s important to reach out to every community, and if you say ‘we,’ you have to mean everyone.”