These Jewish celebrities want you to vote today 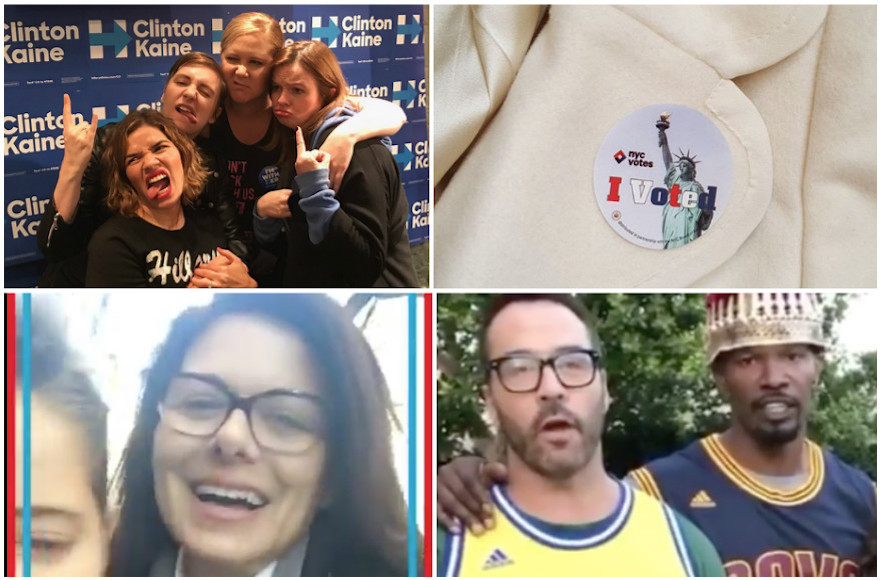 Jewish celebrities shared their feelings on social media on and before Election Day. (Instagram)
Advertisement

As Americans across the country make their ways to the voting booths, Jewish celebrities are using social media to encourage voter turnout and speak their minds about presidential candidates Donald Trump and Hillary Clinton.

Get out and vote everybody!!! Getting the word out from the set of #AllStarWeekendthemovie #vote

Actress Debra Messing shared a video on Instagram with her son, in which she excitedly exclaimed that she was voting for Clinton.

Comedian Sarah Silverman, who supported Bernie Sanders during the Democratic primaries, shared an article calling on undecided progressives to vote for Clinton.

NOT voting for Hillary limits progressive power by a zillion &takes power away from Bernie PERIOD.https://t.co/SMXxRnj7bq

So proud to have voted for @HillaryClinton Let's do this!! https://t.co/FpEXISq8Qk

Lena Dunham shared a photo of herself with fellow Jewish comedian Amy Schumer and actresses Amber Tamblyn and America Ferrera in front of Clinton campaign signs. The caption reads, “My Nasty Women!!!” During the third presidential debate, Republican nominee Donald Trump called Clinton a “nasty woman”; the phrase was later coopted by supporters of the Democratic nominee.

“Beastie Boys” singer and guitarist Adam “Ad-Rock” Horovitz joked that there might be a Jewish voting booth conspiracy at play.

Just wanted to warn you about tomorrow… the voting machines are Jewish.

“Sex and the City” star Sarah Jessica Parker proudly shared a photo of her jacket with an “I Voted” sticker.

Sarah Michelle Gellar endorsed Clinton, calling her “the most qualified person to run our country.” Gellar also said that she wanted her daughter to grow up with a woman president. “I’ve worked my entire life with that glass ceiling over my head and now it’s time to shatter that,” she wrote.

I normally try and keep things light on here, but today is a really important day. This election has sadly brought out the worst in people, and too many hateful comments. So please remember everyone is allowed an opinion, but I will be so disappointed if it's not done with respect. First of all, and most importantly get out there and vote. This election is not just about choosing a president (more on that in a second) these decisions affect our local communities. You have a voice and this is how it's heard. So please before you vote- read up on propositions and candidates. And now for the big one. Yes #I'mWithHer. I realize she may not be everyone's ideal candidate but without question she is the most qualified person to run our country. I have a young daughter, and I want her to know that she can do and be anything. In fact that was the entire point of creating this nation. No matter race or gender or sexual orientation, you should be able to accomplish anything, regardless of what you look like. I want my daughter to watch a woman get sworn in as president, so as she grows up that will be her normal. I've worked my entire life with that glass ceiling over my head and now it's time to shatter that. There I have said my piece. Again I implore you, while I respect that everyone is allowed an opinion please no hate. Give respect and you will get respect.

Alison Brie, who has acted in “Mad Men” and “Community,” shared her support for Clinton by using the hashtag #ImWithHer.

You know that in Donald's slogan "great" is a euphemism for "WHITE." Don't let it stop you! VOTE! #ImWithHer https://t.co/cr5zB2hLmn

“West Wing” star Joshua Malina shared a photo of his ballot, showing that he voted for Clinton.

Kirk Douglas also revealed that he had cast his vote by mail for Hillary Clinton, The Jewish Journal reported. The Jewish actor, who has drawn links between Trump and Adolf Hitler, was born in 1916, four years before the 19th Amendment granted American women the right to vote. 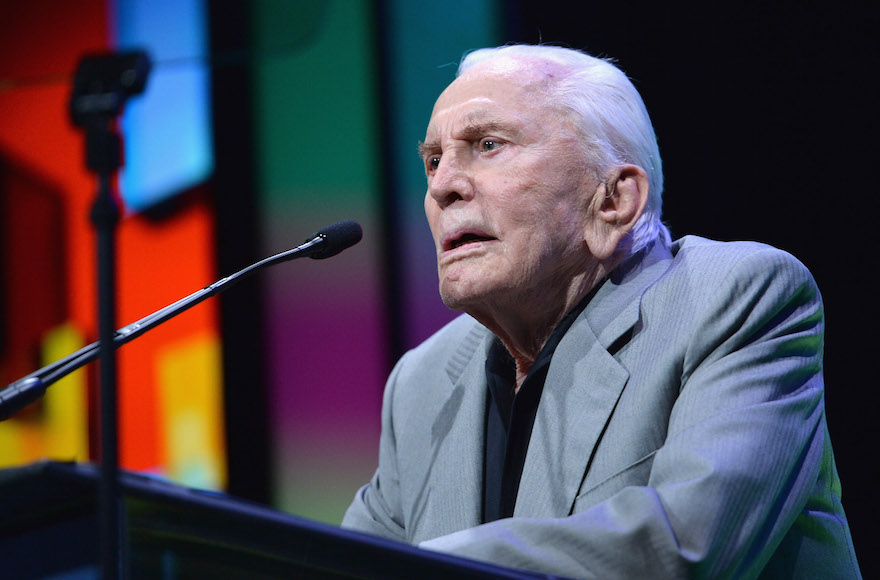